Invest in your kids - Thwaites 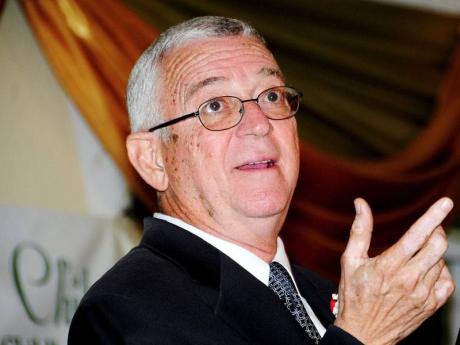 EDUCATION MINISTER Ronald Thwaites is urging parliamentarians to join hands and send a strong message to parents that they must invest in the education of their children.

"Contribution to the child's education is something that every family has to do in terms of uniform, lunch money, transportation, all the other expenses," Thwaites said during yesterday's sitting of Parliament's Standing Finance Committee.

The minister said while Government has a responsibility to provide resources for the education of the nation's children, parents have an equal responsibility.

State must send a signal

"This Parliament must send a signal ... that the State must be pressed to do all that it can, but also, this must be a shared responsibility, and our priorities have become blunted in recent generations," the minister declared.

According to Thwaites, earlier generations understood that education was the "only legitimate means of social mobility, and it is for us in the conduct of this debate and in the consideration of this Budget to be sure that we send that message".

The minister was responding to comments made by Opposition Spokesperson on Education Marisa Dalrymple Philibert.

Dalrymple Philibert had argued that the Government was not putting enough money into early childhood education.