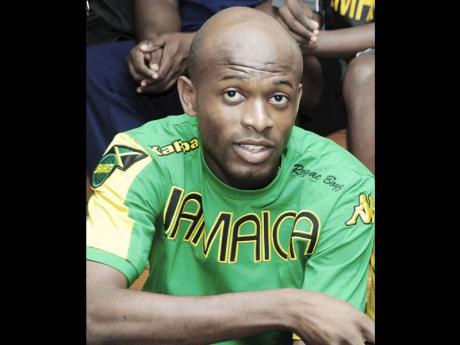 Averaging better than a goal every two games to establish himself as the country's top scorer - having found the back of the goal 31 times in 60 matches - Luton Shelton is still hungry to grace the World Cup stage and believes this current crop of players are capable of achieving the feat.

"It is an honour to know that at the age of 26 you have scored 31 goals and are the leading goalscorer for the country," Shelton shared, following a meet-and-greet session with the Reggae Boyz squad called up for Friday's friendly international against Guyana.

"My dream is to play in the World Cup and I am more motivated than ever to go out there and do my best," Shelton remarked.

The speedy player is even willing to amend his game, if necessary, for the greater good of the team in an effort to achieve the ultimate goal.

"It is a team game. I am not trying to put everything on my head or anything, but at the same time, when I go out there, I want to do my job," Shelton reasoned.

The Jamaicans are drawn in Group A and will play Guatemala in the qualifying opener on June 8 at the National Stadium. The United States and Antigua and Barbuda are the other teams in the group.

"We are drawn in a good group where we think we can be successful. We have a good set of youths now in the team, which I think can put us forward and we are working on that," he added.

Shelton, who has been plagued with injuries, is happy to report that he is fairly healthy and ready to go ahead of Friday's game, which will be followed by another friendly against Panama at the Office on May 27.