England confident, but wary - Prior 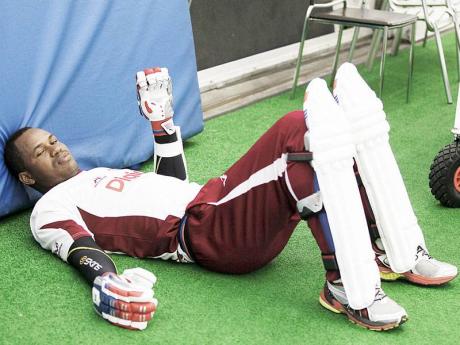 Wicketkeeper Matt Prior has warned England against complacency as they prepare to face embattled West Indies in the opening Test at Lord's starting tomorrow.

England, the World number one-ranked side, are expected to easily roll over the luckless Windies who are ranked seventh, but Prior said it would be dangerous for the hosts to approach the three-Test series lackadaisically.

"This is a very tough series in its own right," he said.

"I think if you get complacent or take things easy in Test cricket, or international sport in general, you get bitten pretty quickly. There's no room for that in our dressing room."

He added: "It's fantastic to be back at Lord's. It's always a magical place to come. This first series of the summer will be a tough prospect."

In the last 12 years, England have dominated the Caribbean side, winning 15 of their last 24 contests. The Windies, in contrast, have won just two.

On the last tour of England, West Indies were completely outplayed, losing both Tests by huge margins.

However, the tourists will be looking to capitalise on England's recent lack of form. They were crushed 3-0 by Pakistan at the start of the year and then struggled to a 1-1 draw with Sri Lanka, in series on the Asian subcontinent.

Prior said England were expecting to perform much better in more familiar conditions.

"We had a tricky winter. But we came out on top in Colombo, which was a fantastic effort, and we're back in our home conditions now. The challenges we faced in the winter - spin on the subcontinent - are less likely here," he pointed out.

"It was obviously a tough winter. But that win (to level the series in Sri Lanka) was crucial. To come out with that win just set us off on the right road going into the summer and gave us a lot of confidence."

He continued: "We have learned lessons and we are going forward. We are a good team, but we do still have some huge improvements to make."