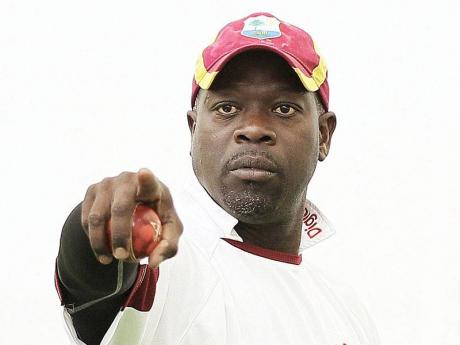 The Windies were bundled out for a paltry 147 in the first innings of their tour match against England Lions last week in Northampton, and while they rebounded with 390 in their second innings, the performance left plenty questions about the batting's consistency.

Gibson said, however, while the top order was indeed unproven, it possessed the quality to produce in the upcoming series.

"In the context of playing in England (yes, they are inexperienced), but sometimes the best place to get experience is out in the middle and we know it's going to be a challenge for them. But the selectors have obviously got a lot of confidence in them, as I have," Gibson told a media conference here.

"You send them out kind of knowing what they can do. We know that they're good players because they've proven it at home. If you sit and look at stats from cricket at home, there's not a lot to write home about, there are not a lot of people performing outstandingly well.

"Bearing in mind we're still in a rebuilding phase if you like, these guys are the guys the selectors have decided they want to give the first go at rebuilding the Test team, and these are the guys who have to take up the challenge and play their best cricket in the series."

Openers Adrian Barath and Kieran Powell have played just 18 Tests between them, while number three batsman Kirk Edwards, the team's vice-captain, has just seven Tests under his belt after making his debut last July.

And while Darren Bravo has shown immense potential, he has played just 16 Tests and is yet to play an international in England.

Powell, however, stroked a century against the Lions, while Bravo collected two half-centuries in the game, performances Gibson pointed to as signs of positive development.

"They were a little bit disappointed in the first innings (of the Lions tour match) and I had to step in and say 'you shouldn't be disappointed because if we'd bowled first in those conditions on the first day, I believe we would have bowled them out for a similar score'," said Gibson.

"That's the reality in England in early May. It so happened that we lost the toss. If we'd won the toss it would have been a very different situation.

"Having said that, the way we batted in the second innings - Adrian didn't get runs, Kirk didn't get runs - but Kieran Powell played really well and got a hundred so he's full of confidence. He's got a smile on his face."

He continued: "Darren Bravo has been playing well for us for the last year and a half or so. He played well and got two half-centuries. We know what Shiv (Chanderpaul) is going to do in these conditions.

"Denesh Ramdin got a good knock, Marlon Samuels got a good knock so the second innings was more like what we know we can do. We were 20-odd for three and ended up scoring nearly 400 so that gives the batters some confidence."