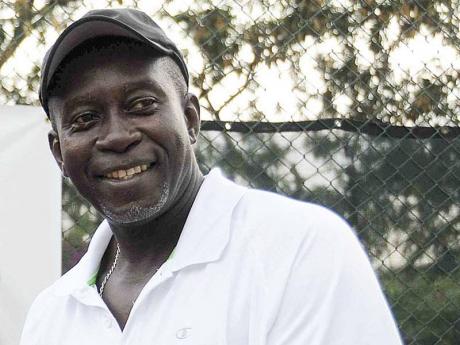 Llockett McGregor, organiser of the annual Liguanea Club Junior Tennis Camp, said it will be placing a lot of emphasis on the development of Jamaica's female tennis players at this year's training event.

The camp will be held from July 2 to August 10 at the Liguanea Club in New Kingston and is expected to attract some of the island's top junior players.

"The focus of this year's camp is to introduce the kids to a lot more tournaments and also to try to get more female players involved in the game of tennis," said McGregor, who has been associated with the camp for the past 30 years.

"We would like to see these kids playing a lot of tournaments after this summer camp because I believe that this camp will help with the development of Jamaica's tennis players across the island," McGregor said.

"This camp will be open to everyone, and it will also offer the kids an opportunity to learn the game and to interact with other kids from across the island," he said.

McGregor added that the camp will also afford the kids from all parts of Jamaica an equal opportunity to create long-lasting friendships, tennis scholarships to universities abroad, as well as give them a lifelong activity.

"It is not only an out-of-the-house activity for kids, but it also develops the mind and body. The children who participated in the camp over the summer can testify to this fact and are ready and raring to go back each year," McGregor said.

"Many kids returning to school after this camp can attest to this spectacular summer experience and the distinct advantage they have gained," McGregor stated.

He also said some of the island's top local coaches will be assigned to the camp.