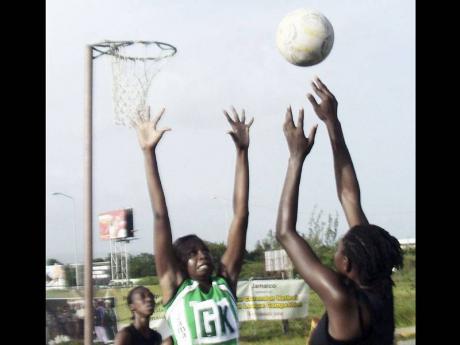 Big guns of Clarendon netball, Jamalco and Windalco, have qualified for final of the Jamalco Open, the first major trophy to be decided on the Clarendon calendar.

However, the senior showdown between Jamalco and Mico University College was far more competitive, ending 36-26 in the favour of the former.

The series began with 30 teams divided into four zones, from which eight advanced to the quarter-finals. Those who qualified from zone one were Blackwoods and Flames; Zone two Mico and Denbigh A; Zone Three Jamalco and Mico B; and Zone Four Windalco and Sewell Lane.

In the quarter-finals, Denbigh were paired with Blackwoods, Windalco and Flames battled, Mico A and B battled, while Jamalco faced Sewell Lane. The league is played in 20/20 style, meaning they play 20 minutes per half instead of the customary 15-minute quarter intervals of the Senior League.

In the first semi-final, Denbigh, who were beaten by Holmwood in the senior rural final earlier this year and are in a rebuilding mode, proved no match for Windalco. Denene Taylor scored 16 from 23 tries, while Annakay Griffiths netted 27 from 33.

Stephanie Anderson sunk most hoops for Denbigh with 13 from 19 attempts.

The second semi-final between Jamalco and Mico generated a lot of excitement, especially in the first half when the lead was limited to two or three points. Former national player, Elaine Davis, who looks evergreen at 35, tilted the advantage in Jamalco's favour with her stamina and accuracy. While Shauna-kay Carradice (12) and Kerisa Kessna (14) got the points, Davis reigned supreme at the hoop, netting 30 points from 33 attempts.

Her battle with national Under-21 goalkeeper, Vangeline Williams, was also one of the highlights of the match.