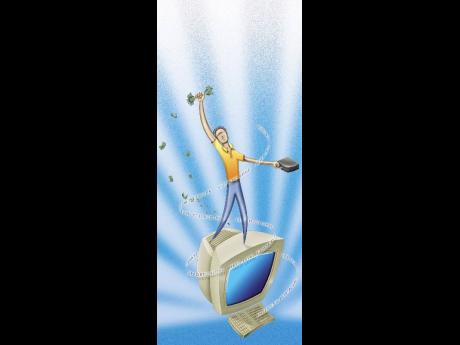 Google is introducing a new tool, designed to make its search engine smarter.

The new feature, debuting Wednesday, draws from a Google-built database of more than 500 million people, places and commonly requested things to provide a summary of vital information alongside the main search results.

Google Inc spent the past two years poring through online encyclopedia Wikipedia, the CIA Factbook and other sources to expand a database of 12 million items that it picked up as part of its 2010 acquisition of Metaweb.

The information warehouse, which Google calls a 'Knowledge Graph', is an attempt by the Internet's dominant search engine to provide answers as quickly and concisely as possible so users don't have to sift through a hodgepodge of Web links displayed on the main results page.

The nuggets of information will appear in boxes to the right of the main search results. Google will gradually roll out the feature to its logged-in users in the United States during the next few days, before extending it to a wider audience.

The changes come as one of Google's biggest rivals, Internet social networking leader Facebook Inc, prepares to complete an initial public offering of stock that is dominating the technology spotlight. The Knowledge Graph's unveiling comes a week after the second-largest search engine, Microsoft Corp's Bing, announced an overhaul that will highlight more information mined from Facebook - insights that typically don't show up in Google's results.

The Knowledge Graph will work in different ways.

If a person enters a search request, such as 'kings', that can be interpreted in several ways, Google will now display a box on the right side of the page listing several other options, such as the Los Angeles Kings hockey team, the Sacramento Kings basketball team and the Kings TV show. Clicking on any of these choices will deliver results exclusively devoted to that topic.

Queries on specific people or places will generate thumbnails that list key statistics about the topic. Google bases its assumption on what people are most likely to want to know on an analysis of past search requests.

Google is hailing the Knowledge Graph as an important step in Internet search's evolution. The company is trying to make the difficult transition from merely presenting a list of Web links to delivering the kinds of responses that people expect when they pose a question to an expert.

"This used to be the stuff of dreams because we didn't really know how to accomplish it," said Amit Singhal, a Google fellow who has been studying search for 22 years. "The dream has always been to understand things like you and I do, so this this really feels like a sea change."

As websites seeking traffic have learned to manipulate commonly requested search terms, their links have been appearing more frequently on the first page of Google's results, even though they might not have the most relevant information. If the Knowledge Graph works like it's supposed to, it will give visitors less reason to leave Google's website.