We are not going away - PSWG 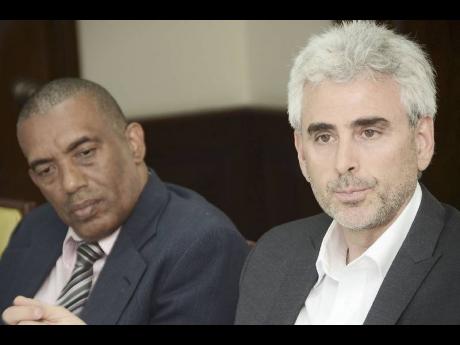 The members of the Private Sector Working Group (PSWG) say despite a rejection of sections of its Tax Reform Green Paper, they do not consider it a failure because for the first time there is an active, stimulated discussion on the matter.

Speaking yesterday during a Gleaner Editors' Forum at the newspaper's North Street, central Kingston, offices, PSWG Chairman Joseph M. Matalon said the objective was never simply to get the proposals implemented intact, but to raise the level of public discourse around a very critical national public issue.

"This proposal was never a take-it-or-leave-it proposal. We were never about making the assertion that you do all of these things or don't do any of them. What we were more concerned about was the coherent form of this package of reform and what it stood for," Matalon said.

Earlier this month, Parliament's special select committee reviewing the tax reform proposal rejected recommendations to remove the general consumption tax (GCT) exemption from certain basic food items. The committee stated that an effective transfer mechanism must be in place to address the needs of vulnerable income groups, therefore its recommendation was that the items remain exempt.

The PSWG, which represents a wide cross section of businesses, including small and medium-size companies, had proposed that GCT be lowered from 17.5 per cent to 12.5 per cent and applied across the board.

Their view was that the rich were benefiting more from the exemptions than the poor. To cushion any blow to the poor, they proposed an additional $2 billion in funding be placed in social welfare programmes such as the Programme of Advancement Through Health and Education, commonly known as PATH.

"We are not going to simply pack up our computers and go away," Matalon said. "It is the responsibility of civil society, including the private sector, to keep very healthy discussions that the whole process this time around has engendered. To my mind, that is one of the very great achievements of this process. I have never seen the Jamaican public or as broad a cross section of civil society engage in the kind of debate and discussion that has taken place around tax reform."

Senator Imani Duncan-Price, a member of the PSWG, said the recent discussions on tax reform have to be viewed as a process and a step in the right direction.