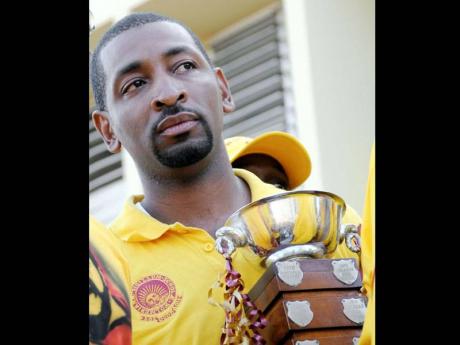 He may have been the most successful coach at the school in recent memory, but in the aftermath of the Wolmer's Boys' School-David Riley break-up, the settled dust brings a story of bitterness and raises questions around the future of one of the island's most respected track and field programmes.

Riley, who was recently fired as head coach after a disagreement with the school's principal, Dr Walton Small, has broken his silence over what he describes as an act of "injustice".

The celebrated coach questions the actions taken while removing the curtains on an incident that started as an argument between schoolmates, but sunk into a series of events that played out in the corridors of government ministries and local courts.

"I feel that I have been wronged," Riley told The Gleaner during an interview yesterday. "The school has created dirty laundry and has washed it in public. I guard my reputation and witness. I am a Christian and that means a lot to me.

"I take great offence to the manner in which this was done."

He shared: "I received a letter dated the April 30 from principal Dr Walton Small, stating that the athletics programme at Wolmer's was being restructured and, as such, my services as a coach was no longer needed, and that was effective immediately. That was the day after we returned from the Penn Relays."

The reference to 'restructuring' is what stood out to Riley, who boasts one of the more impressive records among local high school coaches, having developed 15 national representatives, such as Julian Reid, Julian Forte, Odean Skeen and Christoffe Bryan; 25 nationals medals, 52 Champs medals, 11 Carifta medals, one World Junior medal, one Youth Olympics and a host of appointments to national coaching positions.

The incident stems from a bust-up between student athlete Damani Sulth and at least one other member of the track team in November last year. According to reports, Sulth's father subsequently pulled a firearm and got involved with the other boys and, as a result of the father's actions, the son was expelled from the school.

The boys' parents, however, rejected the expulsion and made their stance clear in a letter to the school dated December 15, 2011. This letter was followed up by another communiqué, this time from the chairperson of the school trust, insisting that alternative arrangements be made for the boy and that the parents meet with Small. This, too, was rejected by the parents, who insisted their son had done nothing wrong.

Sulth reported to school in January of this year, only to be pulled out of class and forced to spend his days in the school's boardroom, every day for over a week.

His parents went to court on January 18 and received an order to get the school to allow him to return to classes and to training.

It was during this period that Riley was contacted by the parents to prepare a character reference for the young man.

Riley believes that his decision to prepare the document may have contributed to his dismissal, but it is one he stands by.

"If I am going to be fired for the fact that I am backing a student for the right reasons, then it will have to be," he said.

Riley, a former student of Wolmer's, is now weighing up his options but not without consideration for the boys he has left behind.

"The timing is poor because you have so many athletes who are pursuing national representation, they are the real victims in this unfortunate situation. I can move on, the opportunities are great for me," Riley said. "I have been approached by a lot of interest groups and a lot of persons to join their programme. I have not decided what I will do just yet. I have been thinking and praying and I will make a decision soon."

Several calls to Small's cell number went unanswered over the past couple days.