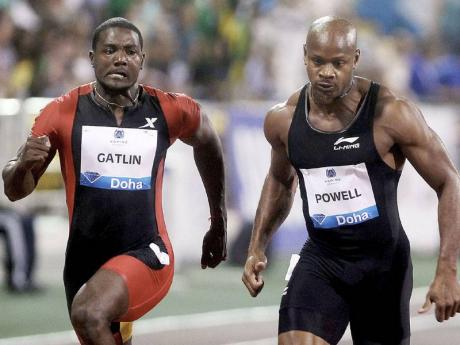 It was 1972 and Don Quarrie went to the Munich Olympics with a slight injury. When his body let him down in the 200-metre semi-final, he might have expected some sympathy. Instead, as related in the Jimmy Carnegie book, Donald Quarrie: Career of an Olympic Champion, Jamaicans openly questioned his character.

A year earlier, after a world-record run over 200 metres, he had been their hero.

It was 1999 and Merlene Ottey had begun her successful fight against a drug ban. While most Jamaicans supported her, many thought it served her right for not stepping aside earlier to give younger sprinters a chance.

It was 2005 and Usain Bolt had become the youngest Jamaican to reach a World Championship sprint final. Against the wise counsel of sprint guru Glen Mills, he ran the curve in lane one too hard in the 200 final, felt something and slowed to a jog in the straight. Ever the gentleman, he congratulated the winner - a certain Justin Gatlin - with a warm handshake.

Jamaicans were so angry that some wanted to spank him.

Now they love him.

Given that love-hate history, the blasting absorbed by Asafa Powell is understandable. His world records made him a gold-medal prospect at the 2007 World Championships and the last Olympics. As with Quarrie in 1972, the returns were meagre.

He had flattered to deceive and no one cared about the groin injury he struggled with in 2007 or the torn chest muscle that hindered him in 2008. He hadn't delivered and that was it.

The infamous University of Technology Classic incident came next, in 2009. His handlers said he had an injured ankle and couldn't run. He said he was fine. This story was retold often during the recent bombardment, but the account stopped short. The following week, at the Penn Relays, the ankle stopped him after three steps.

Later that season, beset by ankle and groin trouble, Asafa bravely ran to third in the World Championship 100.

More groin trouble ruled him out of the Daegu Worlds. He'd have gone there as national champion and the fastest man in the world at 9.78.

When he skipped the recent Jamaica Invitational to protect that finicky groin, fans lashed out. When he lost - 9.88 to 9.87 - to Gatlin in Doha, they took out the machine guns.

It didn't matter that it was his first race of the season, or that his time was his 75th clocking under 10 seconds, or that he had broken 9.90 for the ninth season in a row.

Perhaps unaware that those who ran at the Invitational were paid, they once again accused Asafa of favouring 'money' races. When Gatlin edged him in Doha, they questioned his character again.

Some voiced the wish that he be barred from seeking a place on the Jamaican Olympic team. Others demanded that he retire right now.

Instead of building him up as he approaches what may be his last Olympics, we are beating him down.

The Quarrie, Ottey and Bolt episodes make it look as if the athlete is merely an instrument of our pleasure. If our athletes succeed as in Beijing, we love them. If they flatter to deceive, the defective instrument is to be thrown away. It's full time to put this practice where it belongs, on the scrap heap.

The panic he admitted to after the 2007 final and his untimely injuries and the consequent loss of training time, have hurt him in big meets. He and his handlers have to take care of the injuries, but we can help by positively supporting the man whose world record made us believe, not that long ago, that we could prepare champions at home.

Herb McKenley won his gold medal in his very last Olympic race. Ottey won her first gold in her fourth trip to the World Championships, and she was older then than Asafa is now. If we lift him up, he could win an individual medal in London.