Palmyra receiver moves to Plan B as auction fizzles 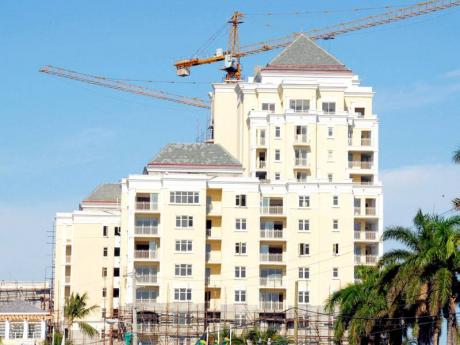 Plans to sell the Palmyra Resort & Spa at auction have failed, according to well-placed sources, despite two extensions on the original sealed-bid deadline.

The Financial Gleaner has learned that Palmyra receiver Ken Tomlinson has switched to Plan B and is now hoping to sell the 16-acre beachfront property via private treaty.

Racebrook Marketing Concepts was initially hired to auction the property, and while the international marketing firm said there was early investor interest from Asia, Australia, Canada, the United States, South America, Europe and the Caribbean, the deadline for sealed bids was pushed back from March 28 to April 18, and later to April 23.

At the first postponement, Racebrook said it would give bidders more time for due diligence and preparation of their bids.

On Tuesday, Steve Madury of Racebrook referred queries back to Tomlinson when asked why the property was pulled from the auction block.

But well-placed sources say no viable offers were received and that Tomlinson has now taken over negotiations with "a number" of interested investors.

Palmyra is an incomplete development that was taken over by its bankers last year and placed in receivership.

The owners of the project fell into arrears on US$110 million of principal loans - US$22 million of which was financed by RBC Royal Bank Jamaica, while the other US$88 million is held by National Commercial Bank and its investment arm NCB Capital Markets as well as bondholders.

The financing was structured by NCB's corporate banking unit. The current size of the Palmyra's debt has not been disclosed but it was partly responsible for a spike in loan losses at NCB, whose provisions for bad debt were J$5.6 billion in the March quarter or just about half the total provisions by the entire commercial banking sector.

Robert Trotta, who was the lead investor in the condominium project, is said to be among the parties with whom Tomlinson is in discussion. There is also talk that Trotta and NCB are otherwise trying to reach a deal.

"There is a lot of talk, a lot of rumours," the source said, while also adding that Tomlinson was willing to give the same consideration to an offer from Trotta as other bidders.

However, the Financial Gleaner was advised that Tomlinson has been bombarded with calls regarding the rumours, but said any discussion between NCB and Trotta would not necessarily include the receiver.

NCB said as a bank it was bound by confidentiality when asked to comment on whether it was working out a deal with Trotta, who said at the bank takeover of Palmyra last July that he and his partners had poured US$100 million of equity into the development and would be fighting to regain control.

This suggests that the project would have been valued at about US$210 million in debt and equity at its takeover.

The American developer did not return several calls to his office. And RBC Royal Bank's promised comment on the failed auction did not materialise.

Tomlinson also declined to comment, saying he would have nothing to report for another three to four weeks.

Under a typical private treaty or negotiated sale, the vendor haggles with bidders over the final sale price.

Receiverships tend to be handled more delicately, according to one asset recovery specialist.

"You don't set a price," said the recovery specialist. "The receiver's responsibility is to get the best price."

Some sellers require the potential buyer to pay a deposit to demonstrate that they are serious about striking a deal.

The property usually remains on the market until the sale contract is signed.

The Palmyra, which is located at Rose Hall in Montego Bay, is a 288-room hotel/condominium complex encompassing three towers, two of which were completed.

It has 103 owners of individual condos, with 97 units remaining for sale on the completed blocks, the Sabal Tower and Silver Tower.

The shell of a high-rise hotel designed for 88 studio suites, called Sentry Tower, and 11 three-bedroom villas are at varying stages of completion.