Court backs COK on recovery of debt from Intertrade 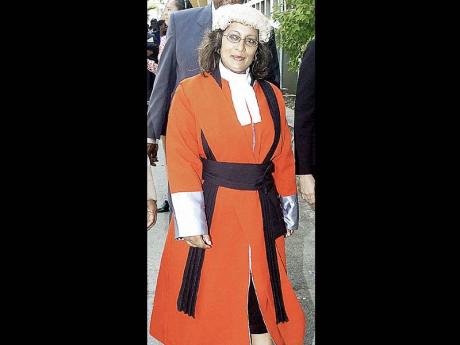 In a judgment handed down last week, a Supreme Court judge ruled that business transacted under contract with a cambio dealer has greater protection than investors in securities, even when both services are offered by the same company.

It was on that basis that Justice Ingrid Mangatal ruled that COK Sodality Co-operative Credit Union could recover a debt of US$2 million (J$171.4 million) from Intertrade Finance Corporation relating to a transaction with the financial firm's cambio.

Mangatal also ruled against the Financial Services Commission (FSC), which has taken temporary management of Intertrade and had sought to stay the continuance of COK proceedings on grounds that it would be in the best interest of customers and creditors.

COK Sodality, itself a licensed cambio dealer, filed the suit after Intertrade failed to honour a contractual arrangement to purchase US currency with the Jamaican dollars it paid to Intertrade. The firm was ordered to shutter its operation around that same time by the FSC.

The case largely rests on a determination of whether all the parties with whom Intertrade did business have contributed to a collective investment and have suffered common misfortune, and whether they all should be treated equally as regards the distribution of funds available.

COK has maintained that it was in a different position from the investors in Intertrade's securities business because it was neither a creditor nor an investor.

COK said it gave no instructions to invest in the permitted activities of the company - an argument that found favour with Justice Mangatal.

"In my judgment, the equities as between COK and the investors in Intertrade's securities business are not equal. COK's money was ... not paid in the capacity for investment in common funds with other investors, in respect of which there were established risks in relation to securities investments," said Mangatal's ruling.

"It was paid for the specific purpose of a cambio transaction, of purchasing foreign exchange in exchange for Jamaican dollars."

She continued: "Though COK and investors may all have undergone misfortune, it is not common misfortune. This is not a case in which the parties have contributed to some collective investment and thus suffered some common misfortune which would be a factor favouring a pari passu distribution."

Between March 23 and April 2011, Intertrade presented to COK seven cheques drawn upon Citibank North America for US$2 million to settle the transaction.

However, having presented the cheques to National Commercial Bank for payment, the cheques were returned because of insufficient funds.

Following discussions, Intertrade promised to wire the outstanding funds to the credit union's account, as well as to pay an additional US$10,000 as costs incurred because of the dishonoured cheques. However, Intertrade did not wire the funds as promised.

COK argued that Intertrade converted the money to its own use, and dishonestly issued cheques knowing they would be dishonoured.

The FSC filed an application on September 28, 2011 seeking stay of continuance of COK's proceedings - and another action started by Tax Administration Jamaica to recover J$36 million in outstanding taxes - because it intended to present a petition to wind up Intertrade.

The FSC contended that the orders sought would be in the best interest of all investors and creditors.

Among the contentious issues for the FSC was the transfer of Intertrade's property at 23 Barbados Avenue, New Kingston, to COK on June 27, 2011, despite an order it issued the month before prohibiting the disposal of the company's assets.

COK was also holding for sale a lot in Cherry Gardens, St Andrew, valued at J$70 million and owned by Joan Powell, the former chief executive officer of Intertrade, and her husband Hugh Powell. The property was transferred to the credit union to reduce the liability after COK reported the botched forex transaction to the Fraud Squad.

COK on November 2, 2011 filed a notice to strike out the FSC's application, as well as to have judgment entered in its favour against Intertrade. COK argued that the FSC had no jurisdiction in the claim it brought against Intertrade.

Justice Mangatal agreed with theFSC that although COK's claim arose in relation to Intertrade's cambio operations, which fall under the regulatory authority of the BOJ, it does not prevent the FSC from making an application to stay the proceedings or execution on the property of Intertrade.

She, therefore, ruled against COK on the point of jurisdiction.

"The tragedy in this case is that the culprit, Intertrade, has caused loss and misfortune to many innocent parties, including COK, as well as investors in Intertrade's securities business," Mangatal said, after siding with COK that its position was different from that of investors.

She added that COK, no doubt in its bid to protect its membership of "ordinary Jamaicans", has been proactive in seeking to recover its money and mitigate its losses.

However, she also rapped the credit union's chief financial officer who made a broad statement that Intertrade used COK's money to pay its creditors, saying there was no evidence forthcoming on what Intertrade did with the money.

The judge said there was no proper basis upon which any stay of execution should be granted, since the relevant sum belongs to COK and does not form part of the assets of Intertrade.

In handing down judgment, Justice Mangatal ruled that Intertrade holds in trust for COK US$721,727.90, being the balance due from the US$2 million after the application of the net proceeds of sale of 23 Barbados Avenue for US$725,605.89 (J$72 million) and proceeds of sale of the Cherry Gardens property, now registered in the name of the credit union and estimated at US$628,645.75.

The credit union has also been awarded interest at the rate of 9.38 per cent per annum on the US$2 million from April 1, 2011 to January 5, 2012 - the date it received the balance of purchase money in respect of 23 Barbados Avenue - and thereafter on US$721,727.90, or the Jamaican equivalent, until the date of payment.

The FSC's September 28 application was dismissed with costs to COK.