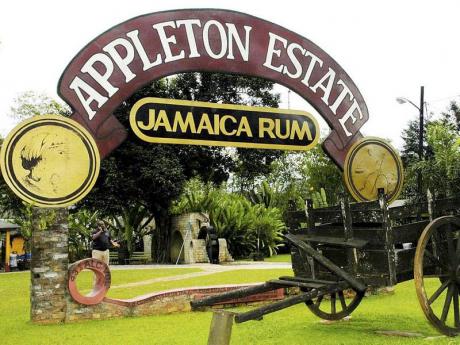 Spirits conglomerate Lascelles de Mercado and Company made J$866 million net profit for its March 2012 quarter, up 20 per cent over year-earlier levels based on rising sugar sales which offset car import delays and cargo-handling fees.

The company expects its sales growth to continue based on Olympic and Independence activities.

Overall revenues rose 20 per cent to J$7.7 billion in the review period whilst administrative costs grew by single digits. Its operating profit was buttressed by the all important liquor and sugar segment which earned J$1.53 billion, up more than 40 per cent over year earlier levels.

"These results were fuelled by the liquor, rums, wines and sugar segment and, in particular, by a substantial increase in sugar revenues and profits," said managing director Fraser Thornton and chairman Gerald Yetming in the accompanying statement to the financials.

"In addition to this, liquor sales quantities, both locally and internationally, rebounded for the quarter. Wray & Nephew White Overproof Rum, the 'real rum', continues to show improvement, highlighting the strength of the brand."

Its general insurance division earned the second-highest for the group at J$461 million, up nearly 60 per cent over year-earlier levels.

"Most of the increase emanated from new business and, consequently growth in premium income," noted Thornton and Yetming.

The conglomerate operates five segments including sugar, merchandise, insurance, investments and transportation. All segments made operating profit except its transportation division which reported a J$84.4 million loss over the review period.

The segment's expenses rose J$45 million over year-earlier levels which was enough to wipe out its profit. The operating expenses included amounts in respect of cargo- and ground-handling fees to the operator of Sangster International Airport, MBJ Airports Limited, relating to previous periods, said Lascelles.

"Negotiations are being concluded with MBJ Airports on this matter; however, there will be no further exceptional costs to be recognised," the company said.

"In the coming months, supplies are expected slowly to return to normal as our suppliers seek to fill pending orders."

For the second half of this financial year, the group said it intends to build on its gains.

"Wray & Nephew has planned several activities surrounding the 50th anniversary of Jamaica's Independence as well as the 2012 Olympic Games. These celebratory moments will present opportunities to showcase our brands and to increase business," noted Thornton and Yetming.