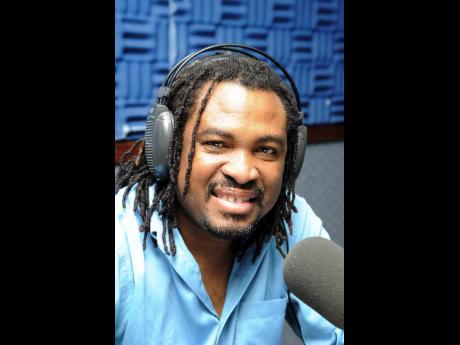 One of the most common expressions you will hear in any discussion on sports is that such and such a person 'was born with natural talent'. The debate has gone on for generations, about whether sporting ability is a gift from the gods or whether hard work is responsible for one's success. Some feel it is a combination of both.

I disagree, for the most part. This thing called 'natural talent' is highly overrated. It is training and practice that determine success.

No baby was born 'good' at anything. A child comes into the world and will gravitate to what is around him. He can never be good at something to which he wasn't exposed. One's so-called natural talent is always dependent on what's happening around you, which is the main reason why the theory of God-given, innate gifts makes no sense at all.

The Chinese, for instance, will produce great table tennis players, but no innately gifted cricketers, simply because cricket isn't played there! The Chinese baby has nothing inherent in his genetic make-up that predisposes him to table tennis than a baby born anywhere else. All he does is respond to the environment of which he is a part.

Of course, one other explanation is that God had predetermined where one was going to be born and then gave one the innate gifts relevant to his geographical space, but that is taking logic and spiritualism a little too far!

The thing is simple. Having developed an interest in a sporting activity, or indeed any other sphere of human endeavour, a child then spends hours of practice developing both the physical and mental aptitude for this particular craft. Oftentimes, these long hours of practice are not even seen as 'practice', merely a way of life.

Read the stories of all the sporting greats and the common denominator is the long hours they spent honing their skills. So Tiger Woods did practically nothing but play golf as a youth. So did the Williams sisters in the world of tennis, as was Pele in football, and we could go an ad nauseam.

Extensive training and early exposure to high-level competition then cause these so-called naturally talented people to develop a mindset that allows them to display these skills in the heat of battle. The skills - both the physical and the mental - that the greats demonstrate in the sporting world all have to be 'learned', almost always at a relatively young age, which doesn't mean that these skills had to be 'taught' formally.

I am prepared to accept that individuals are born with natural advantages over others in sporting disciplines which doesn't call for a great level of cognitive ability and which depend largely on body type, (sprinting and swimming, for example.)

But in sports which require implements (bat or rackets), no individual was born with any greater ability at these than anybody else.

What makes the argument about this supposed natural inborn talent even less logical is that nobody says that individuals who have mastered a socially unacceptable skill was born that way. As I have asked on my radio programme more than once, "Is the pickpocket born like that?" The man who picks pockets downtown regularly would have mastered a very difficult 'art', the degree of difficulty probably no less than scoring a three-pointer in basketball, or taking a curling, dipping free kick that ends up in the goal over a five-man wall.

Nobody is prepared to argue that the pickpocket was born that way. All agree that whatever skill he has, he must have acquired. So why then is the argument different for those socially acceptable skills, such as playing tennis or football? Put another way, why is it that we acquire the skills that society doesn't approve of, but we were born with the skills that society finds acceptable?

That is another compelling reason why the argument is flawed. Sporting excellence is generally a product of work - systematic, structured work from an early age.

What we mistake for unusual ability is always nothing more than unusual upbringing.