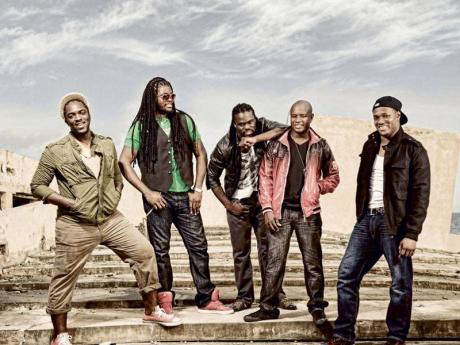 Next week Wednesday when C-Sharp Band heads off to South Korea, it will be in keeping with their plan to broaden the reach of their music and, by extension, Jamaica's popular music. For while the two-week trip was not one that they sought out, it is a great fit with the band's plan behind the music they play onstage.

Manager Hugh Hoilett explained that C-Sharp was contacted after the South Koreans decided that they needed a reggae band, complementing Latin American and other outfits in planned festivities. The Jamaican Government was contacted and C-Sharp's invitation was issued.

"It falls right into what we have been trying to do over the years. We love Europe, we love the US, but we have to get the music into other markets," Hoilett said. And he points out that while they realise not much reggae is played in South Korea, Bob Marley has a presence. So the sets for their five shows will be C-Sharp music and tracks from Marley.

They have two albums to select from, their debut What a Day and last year's The Invitation.

Most of the shows will be in Seoul, Hoilett saying that the first concert is open-air at a plaza. Three others are at a theatre in a museum and one in Kyung Ju City.

It certainly does not hurt that, as Hoilett said, the band is getting some attention in Indonesia and Taiwan, especially the former. "We are getting a lot of airplay in those areas. So South Korea is special for us".