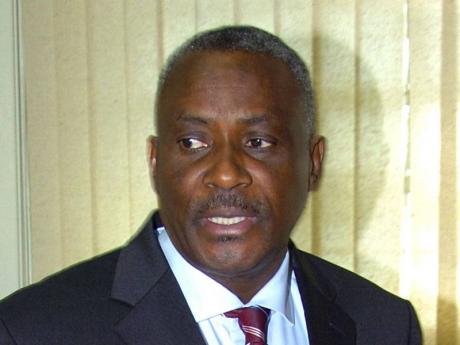 WESTERN BUREAU: Retired Police Commissioner Lucius Thomas is heading to the Ministry of National Security where he will take up the post of police welfare coordinator - a position that will become effective in June.

The appointment was announced yesterday by National Security Minister Peter Bunting during his address at the 69th annual Police Federation Conference at Breezes Trelawny in Cooper's Pen near Falmouth.

The minister said the post was necessary to reduce bureaucratic bungling and mental stress often encountered by members of the Jamaica Constabulary Force (JCF) and their dependants in accessing benefits, including pension, medical and death payments.

"Because of the bureaucracy, persons with legitimate claims for benefits that were already available had struggled and were frustrated trying to access these benefits which were taking an inordinately long time," he explained.

"Sometimes the process (for accessing benefits) required going through the police, this ministry, the Ministry of Finance, and we just have to eliminate those bottlenecks and put somebody who the police have confidence in and who knows the system to help us untangle that."

The announcement was greeted with shouts of approval and loud applause from delegates representing JCF rank-and-file personnel - constables, corporals, sergeants and inspectors.

Bunting shared the story of a policeman who, after serving the force for some 40 years, was seeking employment from him as he had been unable to access his pension benefits two years after retirement.

Thomas, who retired from the JCF in 2007, after a two-year, nine-month stint as commissioner, had served the force for more than 30 years.

The career police officer later became the People's National Party (PNP) candidate for the North West St Ann constituency, but had to relinquish his ambitions due to ill-health during the run-up to the December 29 general election. He was replaced by Dr Dayton Campbell who went on to win the seat for the PNP.