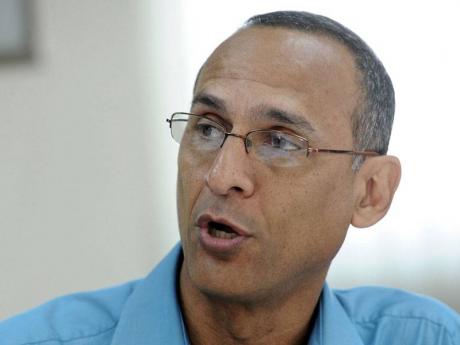 The Caribbean Policy Research Institute (CaPRI) has presented a number of far-reaching recommendations, which, it says, can be used as a basis to resume the scrap-metal trade.

One of the proposals, which were presented by CaPRI's executive director Dr Damien King, is for an identification record of all scrap-metal purchases at the point of sale.

That identification record, King suggested, should give details on the seller and all the items that were bought from him and should be maintained by all dealers.

"As a general matter, thieves don't like to provide identification," he said in reference to the large number of robberies associated with the trade.

CaPRI also recommended that cash transactions be outlawed within the trade, and that payments be made by cheques or bank transfers.

"This has the effect of making more complete and more robust the paper trail," King explained.

Pointing out that under the Trade of Scrap Metal Act 2007 only a customs officer is required to inspect metals presented for exports, King said this should be expanded to include police representatives from the Organised Crime Investigation and the nearest police station.

King said ways should also be found to ensure that representatives of the utility companies and other "primary victims of scrap metal theft" are present during the inspection.

"And the purpose of this is that when the inspection involves a team of five or more persons coming from different places, it makes collusion more difficult," he said.

CaPRI's proposal also calls for the number of registered dealer sites to be reduced to fewer than what now exists, and for a video surveillance system to monitor the packing of containers.

King said reducing the number of registered sites would bring the amount of inspection that needs to be done closer to the capacity of the Customs Department and the police.

He suggested that an auction system could be used to allocate the licences of dealer sites if there is a large demand for the limited spaces.

The scrap-metal trade was banned last year by then minister of industry, investment and commerce, Dr Christopher Tufton.

The ban followed widescale theft of national artefacts and metals from homes and facilities owned by the utility companies estimated to cost over $6 billion.

King argued that minus the theft, the scrap-metal industry does a great deal of good such as providing employment for many persons and reducing the refuse deposited at landfills.