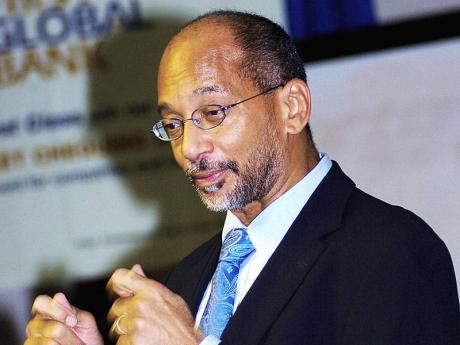 GraceKennedy Chairman Douglas Orane has challenged Jamaicans in the United Kingdom (UK) to become more entrepreneurial. He was speaking at a forum filled to capacity and hosted by the Jamaican High Commission in London on Wednesday.

"As Jamaicans, many of you are born entrepreneurs. That is our history. However, some of us have been socialised to believe that being academics and government servants is the be-all and end-all of our being," Orane told the audience of diaspora residents.

He was speaking against the background of having cited the case of many Jamaicans who had been outstanding successes in business. He noted that Jamaican entrepreneurship had migrated, along with the people, and that it was alive and well in the diaspora. However, he said, it manifested itself in different ways and differing degrees, depending on the country in which Jamaicans had settled. The level of entrepreneurism displayed among Jamaicans migrating to the United States (US) and Canada was significantly higher than was the case with Jamaicans in the UK, he disclosed.

Questioning the reason for the disparity in the level of Jamaican entrepreneurship in the UK diaspora, as compared to the US or Canada, Orane pointed to specific differences in the migratory patterns of each diaspora country. In the case of Canada, he said, Jamaican migrants tended to be well-educated people, many of whom had already owned businesses or had families involved in industry and commerce in Jamaica. With the US, there was a similar pattern, although the larger number of migrants to that country had a wider range of skills and income levels. Migration to these two North American countries has been relatively recent in the history of Jamaica, he noted. This allowed for closer bonds to be maintained between the indigenous Jamaican business community and the diaspora business community.

Migration to the UK started around the late 1940s, much earlier than was the case with the US and Canada. The typical migrants, he said, were seeking better economic opportunities, since they were largely coming from rural communities where there was little opportunity for employment.

"As a result, a culture has become embedded where a strong theme in the UK diaspora is to seek security through preparing for and obtaining a nine-to-five job. We know from anecdotal evidence that this is encouraged by parents with their children," Orane said.

He quoted Dr Herbert Gayle, University of the West Indies social anthropologist on this topic, who noted that: "Jamaicans from working-class backgrounds in the UK are not poor enough to be needs-based entrepreneurs, and not from a background to be opportunity-based, therefore the nine-to-five attitude predominates in this group."

Jamaicans in the UK, Orane observed, tended to excel in the social arena and were prevalent in sections of the society which deliver social services.

"You will often find us as the heads of non-governmental organisations and community-based organisations, as we are passionate about being at the forefront of the engine of change. But this may well have been to the detriment of our greater involvement in the business community," he noted.

Turning to solutions for energising the entrepreneurial spirit among the members of the UK diaspora, Orane made several suggestions, including seeking mentors from among the group of successful entrepreneurs. He spoke to the need for would-be entrepreneurs to take personal responsibility for the outcome of their lives.

"Blaming others for our failures is ceding our own power to others, thus draining our batteries, and is ultimately self-defeating," he said. "Successful people have refused to cast themselves in the role of victim, and they have decided that, by their own positive thoughts, words and actions, they seek to take control over their own future, regardless of the environment in which they find themselves."