Winners tell why they are happy at ICWI 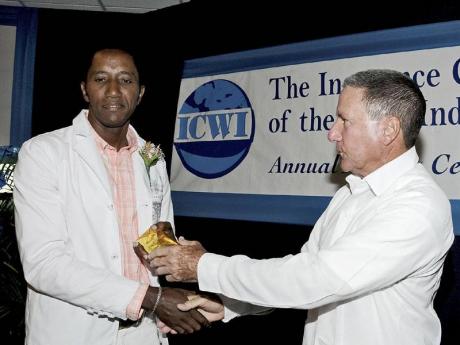 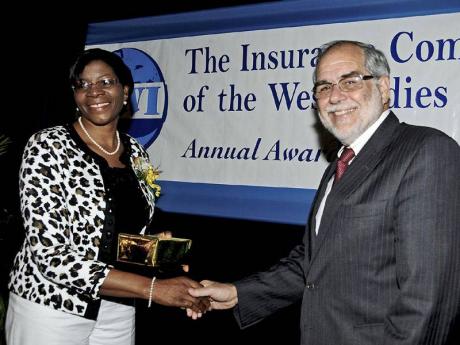 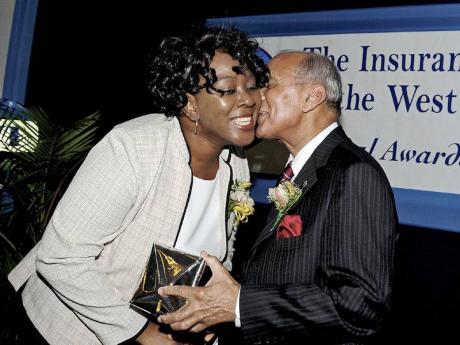 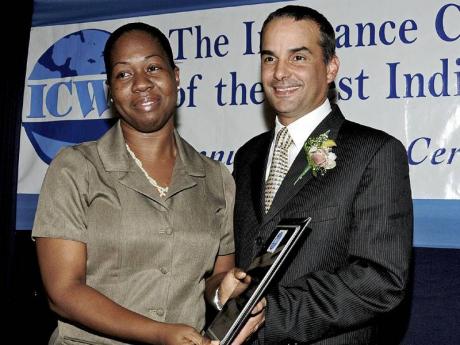 The saying, 'the reward for good work is more work,' has not deterred some 26 employees of the Insurance Company of the West Indies Limited (ICWI) who were recognised by the company on Wednesday for excellent performance.

Ian Parish has worked with ICWI as a bearer for eight years. In 2011 he received the Employee of the Year Award, and this year he was recognised for contributing more than five years' service to the organisation.

"ICWI is an aspiring company," Parish said. "The company is going places and I want to be part of it. I enjoy working with my team members," Parish said.

He stated that his achievements are because of hard work, humility and inspiration.

Valrie Tomlinson, Mandeville branch manager, was rewarded for 10 years of service to the organisation. Tomlinson, who began her career in banking, made the switch to the insurance industry

"The diversity of the profession has kept my interest. There is always something new and exciting to do. It is also fulfilling, especially when clients with issues, that have been resolved satisfactorily, return to say thanks for dealing with it properly," Tomlinson said.

Alrea Washington-Hoilett, quality assurance manager at ICWI's head office, began as the financial accountant, but wanted to become an insurance professional. Five years ago she got that opportunity in the role of claims manager.

When the company needed someone with responsibility for both underwriting and claims audit, she was seen as the best person for it.

"I wanted more and the management made it happen. I like that," Washington-Hoilett said. She was recognised for serving ICWI in various capacities for more than 20 years.

Branch supervisor for the Portmore office, Keisha McKen, has served ICWI for more than 15 years. Starting as a customer service representative, she has moved from the broker department, at head office, to the Spanish Town branch, then Portmore, where she has led the charge for more than two years.

"It is a good company to work with, you get training, especially when there are changes within the industry. They provide opportunities for growth and listen to our concerns," McKen said.

Karma Haye emerged Employee of the Year from a field of eight across the territories. A programmer and analyst, she exceeded expectations for her dedication and commitment and driving a special project through to completion.

"I am very elated. I worked hard. It is all about consistency, hard work and being dedicated to the task," Haye said.

Chairman of ICWI, Dennis Lalor said the success of the employees has been dependent on strong training programmes, their recruitment method and the relationship they have maintained with staff.

"My door as chairman is always open and this goes for the management team as well. Anybody with problems feels free to come and see any of the senior people," Lalor said.

Alrea Washington-Hoilett gets a congratulatory kiss from Dennis Lalor, chairman of the Isurance Company of the West Indies Limited (ICWI), at its 43rd anniversary and awards ceremony, held at Jamaica Pegasus hotel, New Kingston on Wednesday.

Karma Haye, Employee of the Year, beams with pride as she receives her award from Paul Lalor.