Swiss format versus round robin 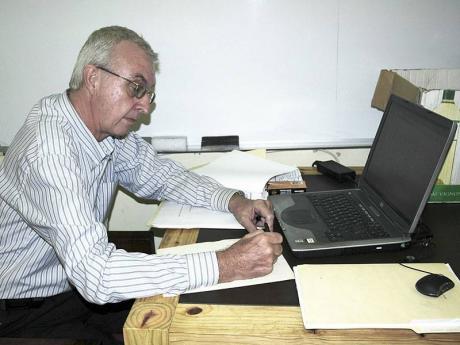 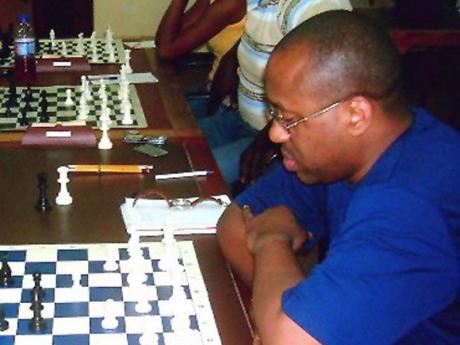 There is still no date set for the play-off to determine the sole winner of the National Champion title, which ended in a tie last month.

On last check by ChessMate, tournament director Robert Wheeler said that is not clear yet when the date would be set. The tournament ended in a tie between 2011 National Champion NM Damion Davy and NM Andrew Mellace. NM Davy, a University of the West Indies student, is currently doing exams.

While the final showdown is awaited, there was spirited debate this year about how exciting the tournament was. It was undoubtedly one of the most engaging nationals in a long time, primarily because of use of a nine-round Swiss format as opposed to the round robin that is traditionally played. The change is not the most popular among many players, though it is not the first time that it has been used.

Fide Master Warren Elliot, who finished in the blanket tie of six persons for fourth place in the field of 24 players, said: "The Swiss format, though exciting, is a poor one to use to select a National Champion, simply because each person plays a field of nine different persons."

FM Elliot contends, as do others, that the Swiss system is not definitive enough. "With a round robin there is no questioning anything with the outcome as everyone plays everyone," added Elliot who at current rating standings is Jamaica's highest-ranked player.

International Master Pitterson shares the general ideas of FM Elliot on this issue, but admits that the Swiss format had some very positive aspects.

"The tournament was very exciting a nice mix of youth and experience, and was fun to watch for the spectators," said IM Pitterson. But he, too, prefers a round robin.

Even victor NM Mellace supports the purity of the round robin in selecting a National Champion: "You should play every one and beat them, then your title is well earned. But if you are going to have a 24-players Swiss system, then you should have some qualifiers for nationals over a period of time."

However, NM Peter Myers, a Jamaica Chess Federation (JCF) council member and player believes the Swiss format is the best preparation for play outside Jamaica, though he also believes that one tournament should not be a National Champion decider.

Myers said: "When we go overseas, almost all the tournaments we enter are Swiss. The Nationals is the main event to choose our overseas representatives, so it's better to get those who are good at Swiss to represent us."

But tournament director and Jamaica's only internationally approved arbiter, NM Robert Wheeler, believes that the Swiss format is the best thing for the sport of chess in Jamaica right now. He said, apart from widening the pool of players who compete it also gives all the potentially strong players a shot at playing the best in the island.

"Recently, in the local tournaments, the top players had not been playing. This is bad for development (of Jamaican chess)," NM Wheeler said.

As it turned out, the island's three strongest on the rating list fell outside of the podium stand this year in the Nationals.

"It was a bit of a wake-up call for the top players," said NM Wheeler a former National Champion who laments the decline in play from the top players on the local scene.

"Back in the day, all the NMs made it their business to be available to play against the juniors," NM Wheeler said. He further explained that there were a minimum number of rounds to make the Swiss tournament work effectively. "The Swiss system is designed to find a winner. In the nationals, we had 24 players and nine rounds, which means that we had four rounds more than were needed," NM Wheeler added.

Incidentally, tomorrow, a tournament named after NM Wheeler, will take place in Kingston. Defending champion for this event is NM Andrew Mellace.

More from the official rules of chess: Rule 4.4 If a player having the move: a. deliberately touches his king and rook he must castle on that side if it is legal to do so.