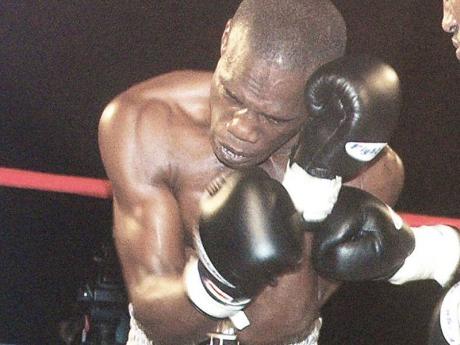 Donovan 'Police' Campbell, the No. 1 seeded boxer in the 2012 Wray and Nephew Contender series, booked his place in the finals on Wednesday night with a lopsided points victory over young Richard Holmes, at the Chinese Benevolent Association Auditorium. The scores were: judge Clifford Brown 79-72, judge Luke Irons 79-72, and Keith Brown 79-73.

The 16-week boxing series is being promoted by MJK Productions and is sponsored by J. Wray & Nephew, Foska Oats and TVJ with the approval of the Jamaica Boxing Board of Control.

Campbell, who is a 43-year-old veteran with a 15-5-1 record, was the favourite over his 23-year-old opponent, who left the amateur ranks recently and had a 2-0 professional record. Holmes expressed confidence going into the fight, mainly because of the dramatic way he had scored his previous victories in the competition.

His first fight ended with him winning by way of a second-round TKO over Courtney Simister, and the second was a dramatic first-round knockout victory over Christopher Powell. Despite the drama surrounding these victories, what it meant was that he had boxed only two rounds as a professional and his next fight was over eight rounds.

Not having gone beyond four rounds in his amateur career, he was at a disadvantage and it showed. He had a very good first round on Wednesday, winning it with excellent jabs and ring generalship. By the second round, however, Campbell found his range and started to score with his jabs.

He stepped up the pressure in round three, and by round four, Holmes was in a lot of trouble. He was breathing heavily by then, and it was all downhill for him after this. In round five, he came close to being stopped and went into survival mode afterwards.

The other semi-final next Wednesday will see veteran Ian 'Hagler' Smith going against another young lion, Ramel 'Sub Zero' Lewis, in what will be an interesting duel.