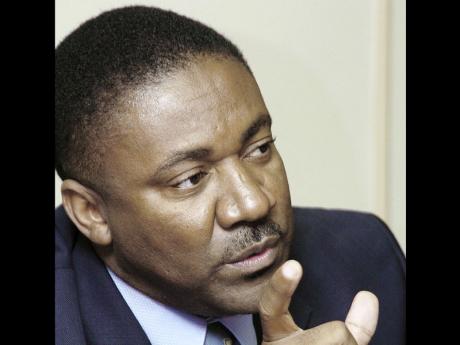 ELEVEN PERSONS yesterday collected the first batch of net billing licences offered by the Government that will allow them to sell the excess electricity they generate to the national grid.

Energy Minister Phillip Paulwell, who handed out the licences, said having installed a solar-energy system at his home, he intended to apply to his ministry for a licence.

"My PV (photovoltaic) system is fully up and running and I am now anticipating my JPS (Jamaica Public Service Company) bill later this month," said Paulwell, who was speaking at a meeting of the Jamaica Energy Council held at Jamaica House yesterday.

Under the net billing system, licensees are expected to see huge reductions in their electricity bills after balancing the amount owed for energy used and what is earned from the excess energy sold to the grid.

"The bill from JPS is netted against the bill from the production and at the end of the month, the net bill to the customer," explained Hopeton Heron, deputy director general at the Office of Utilities Regulation (OUR).

"At the end of three months, you will see whether you owe JPS or JPS owes you and a cheque is cut somewhere to settle the matter," he added.

The system will be governed by a five-year standard offer contract that each licensee is required to sign.

Addressing concerns about the impact of adding new facilities to the grid, Heron said for the next two months, the OUR will be conducting a pilot project that will limit the new connections to two per cent of the existing capacity.

Paulwell said he hoped this would encourage more Jamaicans to come forward and apply for licences as "the Government looks to enlarge its ambition in relation to renewable energy".