Fun and excitement at Crayons Count 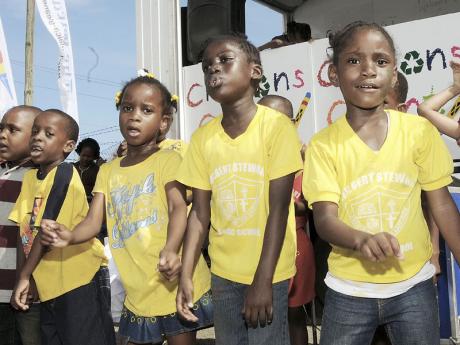 Students of the Wilbert Stewart Basic School provide musical entertainment yesterday at an after-school event for children from early-childhood institutions in downtown Kingston. The function was held at the Gleaner's car park along East Street in central Kingston.- Gladstone Taylor/Photographer 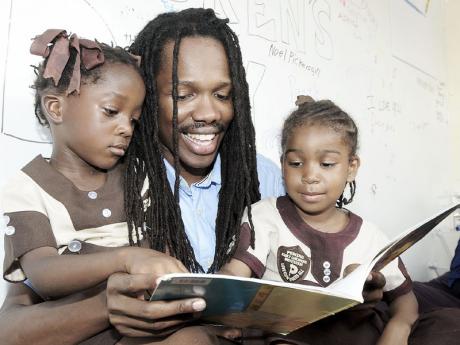 AT 4:30 p.m. when it came to an end, the excited children didn't want to go. For the previous two and a half hours, they were having the time of their lives by The Gleaner's North Street, Kingston, car park that was transformed into a giant playground and learning centre with lots of fun and exciting things for them to do.

It was National Children's Day yesterday and the National Child Month Committee, in association with The Gleaner, National Bakery, Wata and Bigga, used the opportunity to treat children from several early-childhood institutions as well as unveil the Crayons Count mobile learning concept.

The children got actively involved in the vowel song from entertainer Sezi, and were even more entranced by the musical book Shaggy Parrot and the Reggae Band brought alive by author-entertainer Jana Bent.

Held under the theme 'Children Need Our Love and Support', the youngsters weren't the only ones full of laughter and enjoying the activities. They were joined by Minister of Youth and Culture Lisa Hanna; Damion Crawford, minister of state in the Ministry of Tourism and Entertainment; Miss Jamaica World 2011, Danielle Crosskill, and chairman of the National Child Month Committee, Dr Pauline Mullings.