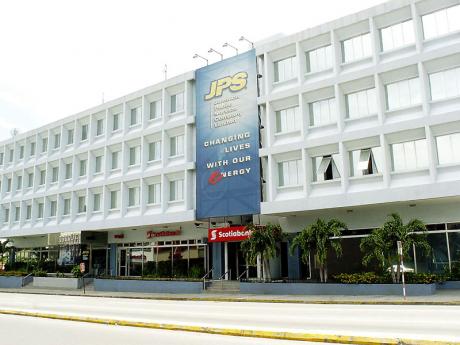 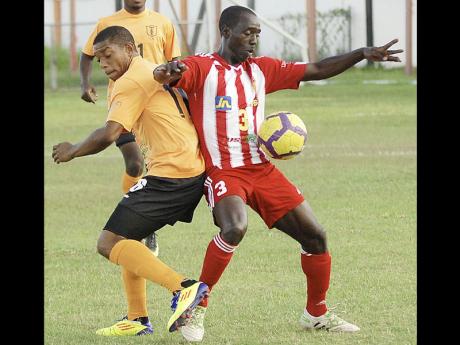 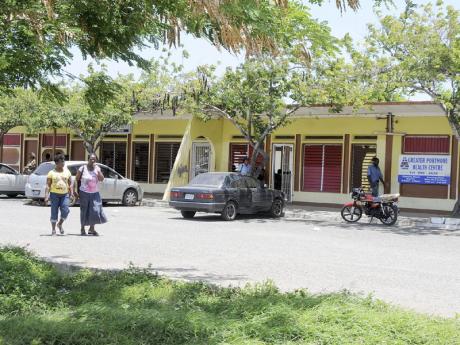 As a football lover, I am very concerned that there is not a football field in the parish suitable to play a Red Stripe Premier League match.

I am calling on the sports minister, the three members of parliament, Jolyan Silvera, Winston Green, and Dr Morais Guy, to assist the St Mary Football Association in securing a proper field so that no more teams that participate in the league will be forced to travel to Portland or St Ann to play their home games.

Star Cosmos and Highgate United suffered financially because of their travelling expenses. The people of St Mary are begging the authorities to do something about it.

In these harsh economic times, Jamaican cannot afford to lose or spend foolishly.

The surface of the Whithorn-Mackfield main road in Westmoreland has been in a terrible state for many years.

From what I understand, the member of parliament for the area granted $10 million to do some meaningful remedial work, to cushion the burden for the more than 2,500 motorists that traverse this stretch of roadway daily.

The affected areas were dug out, and substandard marl used to make the base in preparation for asphaltic concrete surface to be laid. No recent test was done at the quarry where the marl came from. This marl has between 15-20 per cent earth content, and therefore in the present rainy season, it is very difficult to get proper compaction.

On completion of the base work, the correct procedure of having a compaction and density test done was not carried out. Plus, no proper drain cleaning was done in the area before or after this work was carried out.

The end result now is that less than a week after the asphaltic concrete was laid, more than half of the surface has deteriorated. One now has to wonder how our tax money has gone to waste so easily. Added to these woes, no competent supervision was done on this work.

I now request of the relevant authorities to do a detailed investigation, and where heads have to roll, let them roll.

That JPS cartel - a sequel

Following on my letter of Saturday, May 12, 2012, I received an email from a member of the cartel on the very day of its publication. Branch Chief J.M. (his initials) identified himself as the director of the Jamaica Public Service Company (JPS) cartel's Customer Care Department.

I have subsequently come to the realisation that this is one of its branches whose sole function is to send you get-well cards while you are trying to recover from the rape and strangling inflicted upon you by its members. A kind of Hallmark message saying, "So sorry to hear of the inconvenience. Hope you get better quickly so that we can have the pleasure of doing you in all over again."

This was precisely the content of the message sent by Branch Chief J.M. "My apologies for what you've experienced. I have assigned agent D.C. (again his initials) to research your details and get back to me ASAP."

Now, let me not judge, I said to myself. Quite possibly, Branch Chief J.M. is a member of the cartel who, in fact, may have some Christian principles! Maybe he himself is, in fact, a Christian, but one who has infiltrated the cartel and is actually working there undercover. A kind of Nicodemus, I thought. I promptly replied to the branch chief, supplying him with my personal cell number. He already had my email address and also knew where I lived.

I have waited patiently for some form of contact from agent D.C., who had been dispatched to effect my rescue, but after one week of waiting, alas, all hope is gone. He is yet to emerge from the jungle of muck and grime which enshrouds the cartel and from which its agents make their assaults on innocent victims. Can't find his way out.

Mind you, their bills still reach me, but as for agent D.C., no sign at all. Not even a phone call.

Oh! I should have told you. On April 12, an agent mounted another assault on my property (this time on my offices on Old Hope Road) with the intention of disconnecting my source of electricity. He produced evidence of permission to do so which had been issued to him by more powerful members of the cartel.

The bills still arrive at home and office.

The agents of destruction still perform their illegal and criminal raids.

The agent from the 'get-well' branch is still to make his appearance.

We have all, at one point or another, complained about the abuse of power we have endured the hands of the Jamaica Public Service Company (JPS) because it operates a monopoly on electricity distribution in the country - a monopoly that has them showing very little regard for customers.

For too long we have suffered at the uncaring hands of the JPS, which seems to believe it can treat paying customers however it pleases without any accountability.

What the people of Linstead, St Catherine, and surrounding areas experienced for more than five hours on Tuesday, May 15, 2012 was not just poor customer service, it was a blatant disregard and lack of care for people's property. For over five hours on Tuesday evening leading into Tuesday night, the electricity continuously came on and off.

At one point, the lights in the community flashed on and off about five times within a 60-second period. This continuous power surge went on for hours. Other than the possible damage to appliances with the sudden turning on and off of electricity and the inconvenience suffered by the residents and business places in the area, what was most disrespectful was the fact that the JPS did not deem it necessary to explain to its paying customers what caused the disruption in power. No apology was forthcoming.

The entire event was treated as though nothing irregular had happened. I am rather interested to know if this is how the JPS views acceptable customer service. Must we, as Jamaicans, put up with whatever the company dishes out to us because we have no other company to choose from?

The JPS needs to revisit how it treats its customers. Better customer service is the least we deserve for the many ills we have sustained at hands of the company.

Greater Portmore Health Centre, the hub of the Portmore community for public health, is operating on the edge of an impending health crisis. Mr Editor, I happened to visit the health centre to be seen by a general practitioner. I was instructed by a nurse to use the lavatory to obtain a specimen of my urine for a test. As I entered the lavatory, I was greeted by stinking scent of faeces and stale urine from the floor and toilets which was unbearable. A toilet was seen filled with filth almost to the brim.

The white urinals were also discoloured and the stench of stale urine also greeted my nostrils. I saw two patients bear the smell and urinate in small plastic flasks placed on a window sill being used repeatedly by patients. The one I picked up resembles a cap perhaps taken from the cover of a medicine bottle with residues of urine.

Greater Portmore Health Centre issues food handler's permits and offer health-care consultation to the populace of Portmore. Why is the lavatory in such a nasty state? I did some investigations and found out that the doctors, nurses and other authoritative heads of the centre do no use these filthy lavatories, but ones well kept and reserved for them.

Mr Editor, public-health nurses operate from these places that close down restaurants, food shops and other places that breach the standards of health regulations in Jamaica. Why don't they 'dance a yaad before they dance abroad'? Public-health nurses also visit school canteens and kitchens and other businesses handling food and post health certificates at strategic places at these institutions and will shut them down if they neglect good health practices.

I can, therefore, imagine the state of the major health institutions' lavatories like the Kingston Public Hospital and rural ones where lavatories are in a similar horrible state of unkempt appearance. The only bathrooms that are spotlessly clean are those utilised by the higher echelons of these health institutions, including doctors and nurses.

Health awareness should begin from clinics, health centres and hospitals because these are the prime areas where an epidemic can start. Patients are diagnosed daily with various contagious diseases and can leave a strain of viruses in these vulnerable and stinking places.

I beg the minister of health, Fenton Ferguson, to visit this area of grave concern as he continues on his mission to propel Jamaica to 21st-century health care for people of Jamaica on par with major developing and technology-driven countries worldwide.