Doctor's Advice: Has this young guy got cancer? 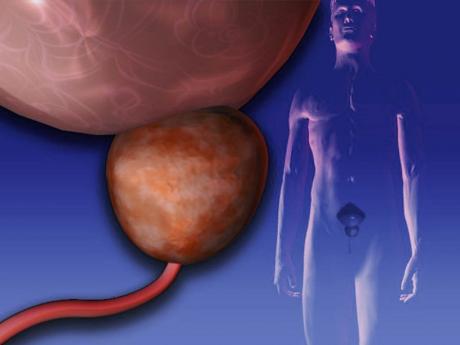 Q Doc, I am a guy of 19, and I am terrified that I may have cancer of the prostate because of my strange symptom. You see, doctor, very often when I pass urine, the stream splits into two or three different parts. Usually, this means that some of it splashes on to the floor. I have noticed that this often happens when I have just had sex with my girlfriend. Also, it occurs when I have masturbated. I told my friend about it, and he said that it was 'probably prostate trouble.' Is he right? I am terrified of getting cancer.

A No, he is NOT right. Prostate cancer mainly occurs in guys who are over 50 years old. It is virtually unknown in young men of 19.

In fact, the phenomenon which you describe is pretty normal in young males. It is extremely common for the urinary flow to break up into several streams, or to splash to one side or the other.

The reason this happens is simply that there is some seminal fluid remaining inside the urinary pipe (the urethra). That divides up the stream of urine, so it goes in two or more directions.

Blobs of seminal fluid are commonly left behind in the urinary pipe when a guy climaxes. And that is why it is after sexual activity that this phenomenon occurs. Summing up, you have no need to fret.

Q Last night, my loving boyfriend assured me that he would 'pull out' before he reached orgasm, but he didn't. I was very angry with him! So do you think I am pregnant, Doctor? My menstrual cycle is very long, and my period is not due for another four weeks.

A I think your story provides a valuable lesson for other young women. The lesson is this: Do NOT trust a guy who tells you that he will withdraw! He might not do so. That is not always intentional. Sometimes a young man TRIES to withdraw, but simply doesn't manage to get out in time.

Also, there is some evidence that guys may 'leak' sperm before they actually discharge. Not all experts agree that this is possible, but it is simply not worth taking the chance.

So, please don't agree to withdraw again. If you are going to go on having sex, you should use a sensible method of contraception like the condom or the Pill.

As it relates to your current predicament, I cannot tell you whether you are pregnant. And unfortunately, it is now too late to use emergency contraception.

However, from what you say about the length of your cycle and the fact that your menses are not due for four weeks, I must say that the odds are that you will get away with it this month. You will just have to wait and see if that period arrives.

Q Doc, I am a young guy who is still a virgin. I am very concerned that if I have sex with a girl, my penis might get injured while it is inside her. Several of my friends have told me that is true. Are they right?

A No. They are talking foolishness. There are various silly myths like this which circulate among teenage boys. For instance, I recently saw a young male patient who asked me if girls had TEETH in the vagina! Please pay no mind to these stories. Also, do not be in a rush to lose your virginity. Sounds to me like you need to learn a lot more about safe sex and sexual hygiene. Why not find a reliable and knowledgeable older person who could help you to understand the facts of life?

Q As a well-educated female of 19, I thought I knew quite a lot about men. But two nights ago, I had a date with a boy who suddenly seemed to 'go crazy' and nearly raped me. I was very scared, but I managed to fight him off, scratching him several times in the process. I got several bruises in the course of this fight. So, Doctor, is his behaviour fairly normal for highly sexed young guys? And should I go out with him again?

A No, his behaviour is not at all normal. Sounds like this guy committed the act of attempted rape that night. And that is a criminal offence. I think you should inform your mother about what happened, and she can help you decide whether to contact the police.

It strikes me that this guy may be a real danger to women. Under no circumstances should you have another date with him.

Q I am a female university student who has just got engaged to a great guy. We are both age 22. He is from Mexico originally, and I am from Trinidad. Much to my surprise, he is unlike other guys who I have dated. He doesn't want to have intercourse with me. Instead, he likes to kiss and cuddle and pet. He really enjoys making me orgasm, and he also likes me to bring him to a climax via a 'hand job'. I am quite happy with all this, but I would just like to be sure that he is normal! Is it OK for a young man to show no interest in having sexual intercourse with a woman? I must add that most guys think I am pretty attractive.

A I have altered one or two minor details of your story, so that you will not be recognised. I would say that this young man is perfectly normal. You are probably fretting that he might be gay, but that does not seem very likely.

Bear in mind that he comes from a strongly Catholic country, where many young people have been brought up to believe that intercourse before marriage is totally wrong. He may well be a virgin.

It is quite understandable that he does not want to 'go all the way' until you and he are married. As you seem to be willing to go along with this, everything appears to be fine. I hope you will be very happy together.

Q I am male, age 18, and I have only had sex once in my life. That was two years ago. Doc, I did not enjoy it very much, mainly because it was all over so quickly. I orgasmed within 10 seconds of getting inside the girl. What I am wondering is whether I have that premature ejaculation thing that I have read about? If so, will that ruin my sex life for the rest of my days?

A It is impossible to diagnose premature ejaculation on the basis of just one episode of sexual intercourse. It could be that you were just very nervous that night, and your nervousness made you 'fire off' too soon.

My advice to you is to keep calm and avoid fretting about this. Do not rush things. Eventually, you will find yourself a nice girlfriend, and you will just have to see how everything goes with her. If you relax and take it easy, there is a good chance that all will be well.