How could this happen? 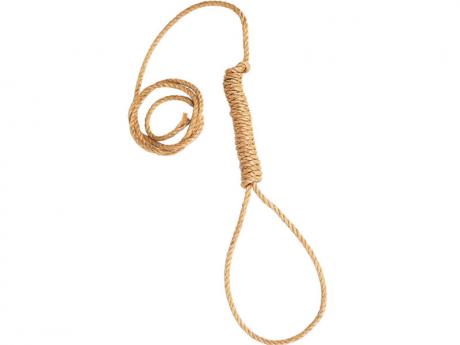 How could this happen? What could have been the reason? No, it was not real. She was not like that. There were no signs that this was going to ever happen. No, not in Stanton. Not with her.

Sapphire Johnson. The police identified her by that name as shown on the National Identification card found in the side of her leather Gucci handbag. It was the same name on her birth paper at the Registrar of Births and Deaths Office. No one else was at home. A little girl who wanted help with her homework stumbled upon her.

Sapphire, as the name implied, was invaluable, born and bred in a community where there was little or no one else in her age group who had acquired wealth, education or status. Not her peers, not her family and not even those who hated her. She was the single and only child of 64-year-old Mabel Johnson who was left a widow with the death of Sapphire's stepfather, Cedric Johnson, a farm worker, seven years ago.

She was the pride of the community of Stanton, a deep-rural farming community, in St Elizabeth where there was a lack of basic amenities, proper housing stock, and poor roads and street lights.

But Sapphire gave hope, she was the emblem of virtue, she was the inspiration of young and old. When she graduated university with honours and distinction, she became the queen of the community, the darling of the elders and the envy of the young women in her age group of 23.

Stanton now would get its first university graduate, first "sensible" woman and first distinguished lawyer. They paraded her name and achievement like a virus. And she was humble, smiled a lot, cheerful, and always gave encouragement, and good advice.

Many young women and even the men wanted to be like her. The older women, especially the single mothers encouraged their sons and daughters to follow in Sapphire's footsteps. She was someone to look up to, someone to be like and to be liked. It was always rumoured that she would leave the community soon to marry a wealthy surgeon who also had his private practice in the main town.

Within two years, she became the president of the once-dead Stanton Citizen's Association. she was also selected to represent the community as councillor. she was the chairman of the Stanton Basic School and a role model and mentor. She was a good example.

And then it happened. They found her hanging from a rope tied to the ceiling of her bedroom. Her head hung to the left of her frail, pale, limp body. It was a tragedy. It was a horror. Disbelief at first, and shock, then confusion. Nobody knew why. Then it turned into blame.

Beneath her bed in a metal box tightly padlocked, was the reason. Her diary read:

"I need help", "I can't manage this burden that I have to carry every day ... living up to people's expectation. I am not myself. I pretend to be who I am not. I am so lonely and sad. I am tired of crying. Nobody knows. Nobody will ever understand. It is killing me."