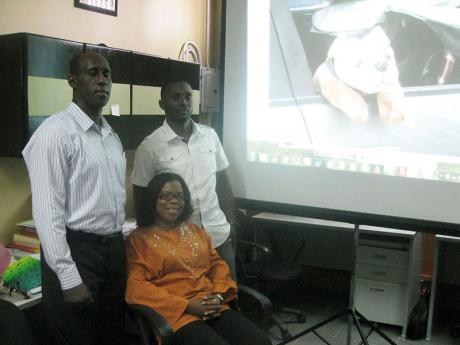 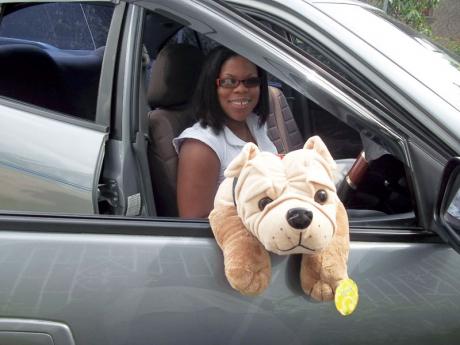 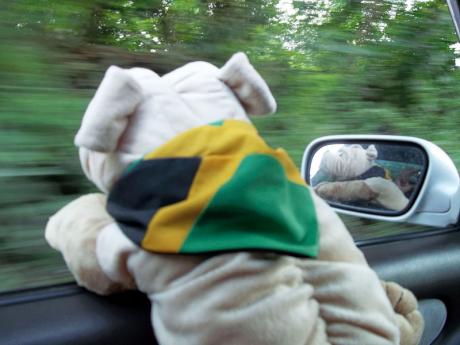 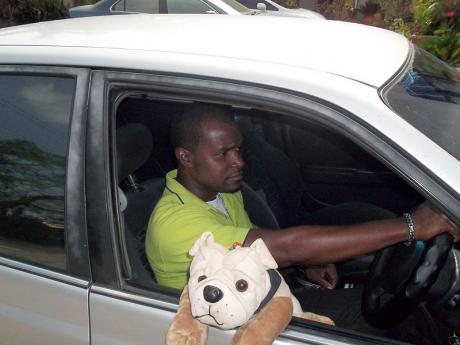 The AUTOPET is for the men as well 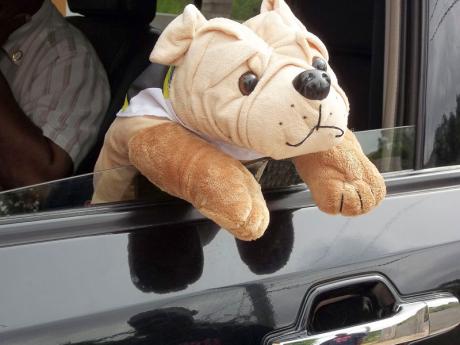 Five years ago a chemist based at the University of the West Indies (UWI), Mona, Delano Wheatle put together a formula for entrepreneurship that combined his love of automobiles and observation of popular accessories.

"The bobblehead (a toy with a head that nods repeatedly with the vehicle's motion) was popular," Delano Wheatle said. There was also the rumblings of the 'yuppie with a puppy' trend, more dogs taking up places in their owner's vehicles.

So after looking through some pictures of dogs taken out for a car ride, Wheatle concluded that the most appealing one had both front paws hanging out. The toy was not a problem; getting the required stance and having it stay in place while the vehicle was in motion was.

And keeping his entrepreneurial momentum was challenging as Wheatle got more workplace responsibility, which included travelling to the United States. In addition, there was no one to help move the planned pets further. At one stage, Wheatle said, "I was tempted to take the idea to a toy company unprotected, but it was unwise".

Motivation (less workplace responsibility) and assistance came in 2010 and the major sticking point, keeping the dog in place, was eventually figured out with the design of a bracket. The dog also moved from paper to stuffing, as the aunt of a friend took on the challenge of making the pooch. The first was made in 2011.

Still, Wheatle did not have a team in place, the few friends he approached with the idea not having sufficient free time. He eventually turned to a place very close to home - where he does martial arts training. From that the Limitless Enterprises outfit - Wheatle, Donovan Laing (who takes care of finance), Shelly Skeene (instrumental in the required paperwork), Shelley Bailey (artistic matters) and Paul Gunning (logistics and planning) - set about making AUTOPET a viable business.

Christopher Weise fabricated the first bracket from metal, after Wheatle explained what he wanted, a plastic one used for the commercial production to ensure that the car was not scratched when the AUTOPET was attached. It is designed to be mounted with the window fully down.

Laing makes it clear that so far AUTOPET has been funded totally out of pocket. And the stuffed toy was outsourced to a company that already had a design and only modifications were required. The group also played their cards close to their chest, as at no time was the company aware of the project's entire scope.

Wheatle said that if manufacturing was done locally the cost would have been extremely high. An added touch is a bandana with a flag design. So far there are flags for Jamaica, Canada, the USA the United Kingdom, Barbados and Trinidad and Tobago. With this being an Olympic year, there are plans to push the AUTOPET in England.

An official launch is planned for early June in Mandeville, Manchester, Laing saying "we anticipate a very good response to the product". Already there are orders from the UK, and Skeene said that e-Commerce options will follow.

Skeene admires the innovation that created the AUTOPET, but is careful to nail down the paperwork, including trademarks.

So may other animals, but the beasts will not get any bigger. Wheatle said "we are not going to go bigger. That might pose a hazard". That would happen if the rear view visibility was blocked. As it is, the AUTOPET does not impede the driver. "We have tested it and it has no blind spots," Wheatle said.

It has also been tested within the legal Jamaican speed limit and stays attached to the vehicle, the Limitless Enterprises team showing Automotives a video of the pooch, bandana flapping, on a highway ride.

The hope is that AUTOPET will hit the commercial car-accessory highway to major outsourcing success in another way. "The major thing we are pushing for is a large corporation to see what we have done as a good idea, then buying a licence for the idea," Wheatle said.