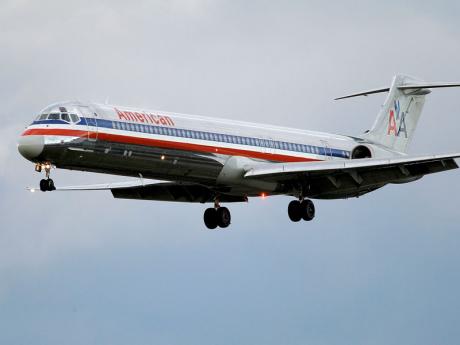 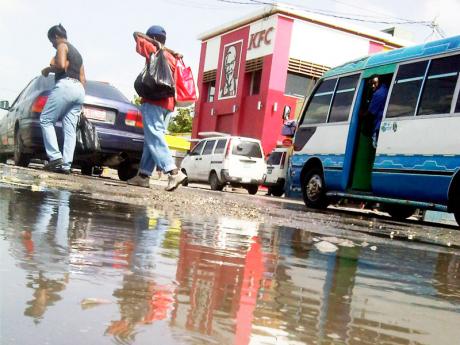 When I use the bus system, I try to avoid rush hour when schoolchildren or the work crowd are likely to make things intolerable.

Get up early, hit the road and beat the mad rush. My foolproof system was still on track when I had a friend drop me off at the transportation centre on Darling Street, downtown Kingston, after 6 a.m. on a recent Sunday. After all, I was heading to Montego Bay and had more than enough time. I was a bit bored but seated comfortably when, at 6:50, the driver arrived and noticed that the bus was 'sitting low' on the left side. A couple seconds later he was cussing out the conductor for not realising that the inside left rear tyre was punctured.

By the time they got both tyres off, the replacement on, and the bus was ready to roll, a member of the crew realised they now needed another spare to travel with, especially given the distance we would be going. The 'loader man' was dispatched to obtain a spare and, as we exited the transportation centre, the bus came to a screeching halt, the spare was loaded and we were finally on our way - or so I thought.

I groaned as we pulled into a service station on Spanish Town Road and had to wait our turn before finally getting to the pump and waiting through $5,000 worth of diesel fuel put in. Then we were off again - until a woman shouted to the driver, reminding him to let her off in the vicinity of Wray and Nephew. Another sharp stop (and did she take her own time getting off!).

After spending most of my waiting time beside an attractive woman who passed the time by 'tatting' (a skill similar in sorts to crocheting), my illusion of a comfortable ride was shattered just before the bus pulled out. Cushions were placed across the centre seats, creating another 'cotch'. Of course, I was the only one who seemed surprised and inconvenienced by this as all five persons in each row were transformed into bosom buddies - literally.

This kind of confinement brings out the creativity in Jamaicans and I watched in amazement as a young woman in the row ahead of me held a BlackBerry phone in her right hand, sent and received text messages, while using the same hand to cover the face of the phone so my efforts at following the conversation were, for the most part, nullified.

I had just about managed to nod off when the bus hit Chalky Hill and what had been a fairly mundane ride took on added excitement I am sure was not covered by my fare. Suddenly, the driver (Winston) was transformed into a speed demon with no regard for other motorists or the lives of his passengers. With accelerator floored and his hand stuck to the horn, Winston had me praying in languages and to gods I never knew before.

As we blasted around the corners along the less-than-ideal roadway, other road users seemed to have been apprised of Winston's schedule, as we came upon two trucks and a trailer which had stopped in deference. It seemed none of the other passengers were scared, and that really frightened me.

As the bus flashed round the twists and turns of roadway, people stood to the side, keeping watch from a safe distance. I envied them.

When we finally reached the main road at Drax Hall, St Ann, in the vicinity of the Epping Service Station, I was relieved, on one hand, and apprehensive on the other. Though happy to be alive, I was concerned that now we were on the good road, Winston would really press the pedal to the metal.

Service stations, it seemed, were destined to figure prominently in my life that morning and, as we pulled into Cool Oasis along the St Ann's Bay main road, the driver announced that passengers would have three minutes to make a bathroom visit and grab a snack. Fifteen minutes later some people were still standing around outside, engaged in casual conversation while inside the office others, like myself, were cussing under our breaths, while some got really vocal.

Eventually, we settled in and hit the road again, but this time I was concerned for a different reason. It was now more than four hours since we had left Kingston and I was in danger of missing my 12:30 flight at the Sangster International Airport.

We were on the North Coast Highway and traffic was light, so I figured travelling at a moderate speed we should be able to make it. Somehow, though, Winston The Maniac of Chalky Hill road had somehow been transformed into a road angel, driving well within the speed limit and observing every line of the Road Traffic Act. I was flabbergasted. Of course, just a short while before, I was begging for some normal driving from Winston, but now it was just too normal for me.

"One stop, driver!" I was trying to reach for the buzzer when someone pre-empted me with that all too familiar, very effective shout.

Winston, of course, had the routine to prevent anyone running off without paying down pat. He did not use a conductor and we had to wait until he opened the emergency exit at the back, and the woman in the seat directly ahead of it, instead of stepping out, opted to stand aside, leaving very little room for me to manoeuvre.

My right leg tentatively floated out the back as I reached forward out of the bus while holding on to something (or someone) in order to maintain balance. Finally, I was outside, but then had to stop the woman from retaking her seat to allow me to retrieve my suitcase.

Of course, I had already paid Winston, who was long seated around the steering wheel and already moving out as I checked to ensure my legs were working before heading across the street.

Consistent with the reality that experience teacheth wisdom, the next time I have to bus it cross country, I will do so by car, plane - anything apart from Coaster, minibus, or the like.