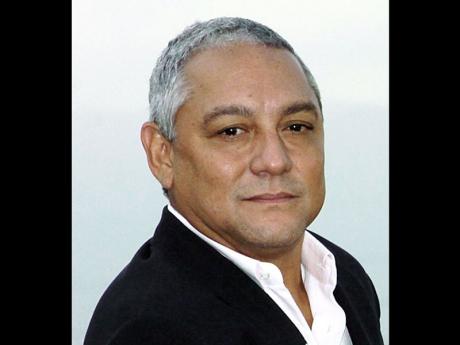 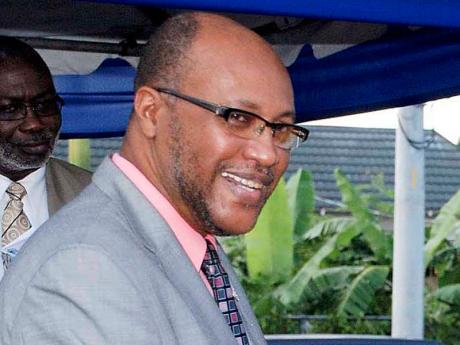 The current stand-off between the bookmakers on one side and the racetrack and racehorse owners on the other, may already have cost Caymanas Track Limited (CTL) an estimated J$6 million in rights fees, Sunday Business calculations show.

The bookmakers themselves have given up close to J$150 million of sale receipts from their self-imposed boycott, our calculations show.

The bookmakers stopped selling bets on May 3 to protest a phased hike in the rights fee ranging up to eight per cent in annual increments over a span of three years.

Since the suspension, five race meeting have been held at Caymanas Park.

CTL has been urging bettors to make use of its network of 61 off-track betting parlours and on Saturday, it dropped the entry charge to the track.

CTL said in a newspaper ad Friday that the situation was not expected to be resolved for the next two weeks.

The tension surrounding the rights fee issue has been brewing for more than a year with no action since the submission of the Muir Mediation report - authored by past Jamaica Racing Commission chairman Rudolph Muir to settle the impasse over the fee hike — on June 23, 2011 to the Ministry of Finance.

Caymanas had proposed hiking the rights fee from 3.5 per cent to 10 per cent — which was backed by the Muir report — setting off a contest of wills inside the racing sector that the finance ministry was asked to settle.

Bookmakers were told to pay an interim five per cent until the issue was resolved, which they acceded to even though their position was that the rights fee should be cut to two per cent.

President of the United Bookmakers Association, Xavier Chin, said that in 2011 the bookmakers paid J$96.7 million to Caymanas Track in fees, covering 82 race days — most of it at the five per cent rate.

"At five per cent we were making a loss; we just can't pay the bill," Chin told Sunday Business.

"The reason why we strike is because they sent us a bill of J$12 million that we are required to pay immediately. If we don't pay they would send the BGLC (Betting, Gaming and Lotteries Commission) to arrest us for selling without the proper arrangements in place," said Chin.

"So, instead, we decided to close rather than operate illegally because we cannot operate without the proper contractual arrangement in place with CTL," he said.

Horse breeders and owners are just as upset about the rights fee issue, and they too launched their own protest action by shutting down the May 12 race, saying the bookmakers were getting too many concessions that have ended up denying CTL the funds it needs to operate Caymanas Park efficiently.

The bookmakers say they would have lost nothing from Saturday's lockdown because of the suspension.

In 2011, the bookmakers would have paid J$1.17 million on average per race day to Caymanas Track, based on the reported J$96.7 million in rights fees collected for the 82 race days over the year.

The bookmakers have now missed five race days up to May 19 and, assuming the same level of business as last year, their boycott would have cost CTL about J$5.9 million in fees.

CTL was banking on increasing the revenue from rights fees to J$152 million this fiscal year, according to finance ministry data.

Additionally, the bookmakers, who say 50 per cent of their business comes from local horse betting, are also losing revenue.

The race that was suspended on May 12 was made up for on Wednesday, May 16, but without the participation of the bookmakers.

The May 12 race cancellation forced by breeders and owners got them the intended results — audience with the finance ministry for owners, trainers, jockeys, grooms, breeders, farriers and the OTB Association, in a meeting led by State Minister Horace Dalley.

Nothing was resolved, but the owners said they were assured that the rights fee structure decided in April would remain in effect. The talks continue in two weeks.

"We want to make sure that polices are in place to ensure that the industry is viable, and that includes having a proper rights fee agreement in place," said Lawrence Heffes, president of the Jamaica Racehorse Owners Association.

"The bookmakers need to find ways to reduce expenses. They pay agents a 6.5 per cent commission. Maybe they could reduce that to 5.5 per cent, at least they would be half-way," he said, referring to the differential between the five per cent rights fee and the seven per cent rate applicable to 2012.

Heffes said CTL needs to increase revenue to improve the purses paid to a level that gives "proper" returns to the stakeholders.

The rights fee is only one of CTL's revenue streams, and while Heffes suggested that the way Caymanas makes money needed a broader conversation, he said settling the rights fee issue was more "urgent".

The May 12 race was disrupted when owners blocked the room that houses the Lacix medication used to treat horses to manage bleeding that occurs due to the stresses of racing.

Asked whether the protestors had weighed the cost of their action, Heffes said: "Sometimes drastic times call for drastic measures. Beyond the punter and the country it is the stakeholders who are mostly affected."

The bookmakers had agreed to reopen their doors for the May 12 race day after discussions with Dalley a day before on the premise that they would operate with "the existing status quo" until their next meeting with the ministry.

Chin said the bookmakers interpreted this to mean that the five per cent rights fee would remain in effect rather than the newly recommended seven per cent rate.

It emerged that the bookmakers had misunderstood the position, which the ministry subsequently cleared up on May 15.

As a result, the bookmakers opted to continue the boycott. Their shops stayed closed for Wednesday and Saturday's races.

"We agreed with the minister to go back to work. He asked us kindly and we agreed," said Chin.

"We thought the status quo meant paying the five per cent we were paying, then when we meet in two weeks we would take it from there," he said.