Racebrook says it's still in charge of selling Palmyra 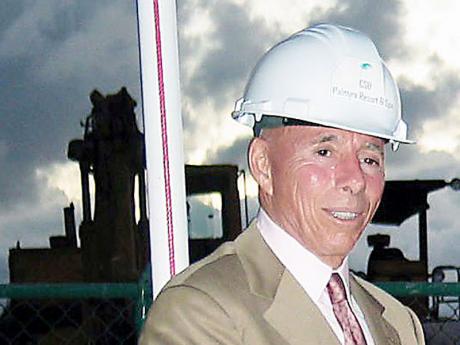 Racebrook Marketing Concepts said Friday that it is still in charge of negotiations for the sale of Palmyra Resort & Spa, and that talks were ongoing with three to four prospective buyers who bid for the property in the sealed bid auction.

"Our right to sell is in full force and effect for three months," said Racebrook president and CEO John Cuticelli, responding to a report that Palmyra's receiver Ken Tomlinson was now trying to dispose of the property via private treaty.

"If they want to buy, they have to deal with us," Cuticelli said of prospective investors in the 288-room condominium development.

He told Sunday Business that two of the auction bids were promising, including one from the United States and another from "a foreign country", which he declined to identify. He said the two bids were close to each other.

Cuticelli also said that Robert Trotta — from whom the incomplete Palmyra development was wrestled by his bankers for unserviced debt — was one of the prospective investors.

"Mr Trotta is definitely in contention," he said.

Racebrook was hired earlier this year to market Palmyra, which fell into arrears on US$110 million of loans held by National Commercial Bank, RBC Royal Bank Jamaica and bondholders.

The auction, which was handled by Sheldon Good & Company, was pushed back twice to April 23.

Cuticelli said the sealed bid auction accomplished what it was supposed to: finding out who the interested buyers were. He said the bid prices are now the basis of the private treaty negotiations, and that the bidders were "in very strong negotiations, not with Mr Tomlinson, but with us."

He said the bid offers were discussed with Tomlinson.

"We have now gone back to bidders to improve their bids," Cuticelli said. He said Racebrook expects to wrap up a the sale within the 90-day window.

Asked whether it was typical for auctions not to result in the final sale price, Cuticelli said it was not.

"Typically, we can achieve a price at auction that we can move to a closing on. However, when the property has complexities", he said "it can complicate agreement on value."

Cuticelli said Racebrook's strategy is to find the sweet spot between the the banks' exposure on the loans and the market value of the development.

Palmyra is about two-thirds complete - one of three towers is still to be built and about half of the completed condo units were unsold when the property entered receivership.