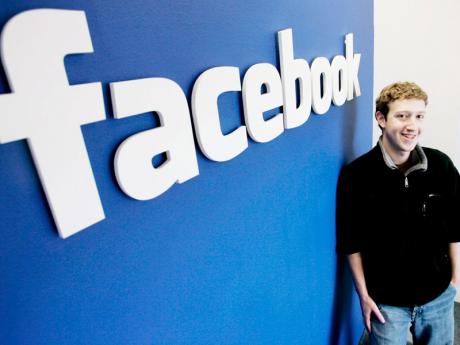 Facebook updated its status to "public company" on Friday. After an anxiety-filled half-hour delay, its stock began trading on the Nasdaq Stock Market for the first time as investors were finally able to put a dollar value on the company that turned online social networking into a global cultural phenomenon.

By the afternoon, the stock was trading flat at around US$38. That means Facebook is worth about US$104 billion, more than Amazon.com, McDonalds and storied Silicon Valley icons Hewlett-Packard and Cisco.

But as many people looked for a big first-day pop in Facebook's share price, the single-digit increase was somewhat of a let-down.

"It wasn't quite as exciting as it could have been," said Nick Einhorn, an analyst with IPO advisory firm Renaissance Capital. "But I don't think we should view it as a failure."

Indeed, the small jump in price could be seen as an indication that Facebook and the investment banks that arranged the initial public offering priced the stock in an appropriate range.

It's also a supply and demand issue. Facebook offered nearly 20 per cent of its available stock in the IPO, so there was enough to meet demand. In comparison, Google offered just 7.2 per cent of its stock when it went public in 2004 — and rose 18 per cent on day one.

To IPO desktop's Francis Gaskins, it means mom-and-pop investors are becoming "much more educated and careful" about not buying into hype.

And he said that the banks taking Facebook public have learned from the 10 IPOs of social media companies in the past year and are better able to gauge how much stock to make available in an initial offering.

It might not have been possible for the social network to live up to the hype that led up to its IPO.

It's Facebook, after all, a place where people are emotionally invested in endless online diversions and rekindled friendships, an endless depository of baby photos, favourite songs and fleeting memories.

"It's probably one of the first times there has been an IPO where everyone sort of has a stake in the outcome," said Gartner analyst Brian Blau.

While most Facebook users won't see a penny from the offering, they are all intimately familiar with the company.

Earlier Friday, the company's 28-year-old CEO, Mark Zuckerberg, smiled as he rang the opening bell from Facebook's headquarters in Menlo Park, Calif. Surrounded by cheering Facebook employees and wearing his signature hoodie, he pushed the button that signals the opening of the stock market in New York.

The morning's events followed an all-night "hackathon" at the company, where engineers stayed up coding software and conjuring up new ideas for Facebook and its 900 million users.

"Right now this all seems like a big deal. Going public is an important milestone in our history. But here's the thing, our mission isn't to be a public company. Our mission is to make the world more open and connected," Zuckerberg said.

"In the past eight years, all of you out there have built the largest community in the history of the world. You've done amazing things that we never would have dreamed of, and I can't wait to see what you guys all do going forward."

The company and its early investors raised US$16 billion in the offering, which valued Facebook at US$104 billion. That makes Facebook the most valuable US company to ever go public.

It is one of the few profitable Internet companies to go public recently. It had net income of US$205 million in the first three months of 2012, on revenue of US$1.06 billion.

That's a far cry from 2007, when it posted a net loss of US$138 million and revenue of US$153 million. The company makes most of its money from advertising. It also takes a cut from the money people spend on virtual items in Facebook games such as 'FarmVille'.

Bruno del Ama, the CEO of asset management firm Global X Funds, is waiting until Thursday to get in on Facebook.

"On the first day you see a tremendous amount of volatility," he said. In three days, short-sellers will be able to sell the stock, he added, so by day five, investors should see more stability. Global X has a fund focused on social media stocks, and del Ama expects "significant growth" in the sector in the coming decade. Facebook, right now, is the crown jewel of the space. And it's likely here to stay, by virtue of its position," said del Ama.

"Once companies have built a network, it's really difficult to displace them," he said.