OCG in danger of squandering gains 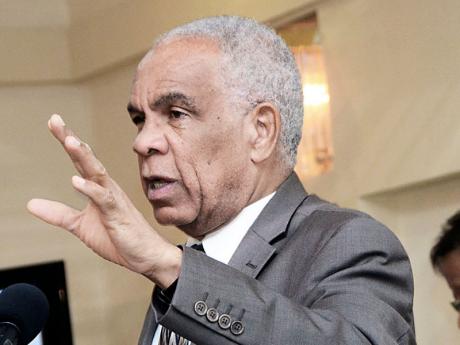 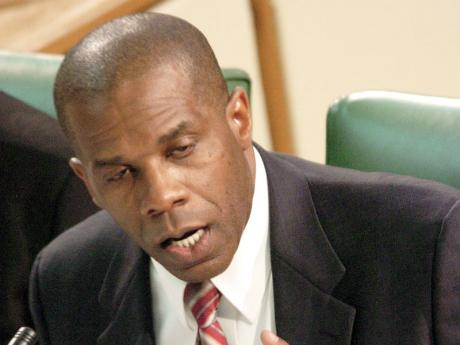 Contractor General Greg Christie, who demits office later this year (as early as July 2012, if his accumulated leave is taken, or as late as November, at the end of his seven-year contract), is in danger of squandering gains made during his tenure if he continues on the present path.

Recently, the OCG has taken to issuing statements that are as gratuitous as they are bellicose and belligerent, and all apparently targeted at the stewardship of Minister of Transport, Housing and Works, Dr Omar Davies. Below are excerpts from two recent statements to the press.

Statement 1: "The Office of the Contractor General wishes to publicly express its grave and serious concerns regarding the Government of Jamaica's (GOJ) decision to embark upon two multimillion-dollar investment projects, against the considered recommendations which have been advanced to the GOJ, and its representative officers, by the OCG."

Statement 2: "The Office of the Contractor General (OCG), acting under the express powers that are reserved to it by the Contractor General Act, has today issued a statutory requisition to the recently established government 'Indep-endent' Oversight Panel (IOP) requiring it, among other things, to routinely submit to the OCG, formal written reports outlining the material particulars of all of its deliberations and communications."

This is rather like inviting contractors on government building projects to submit periodic quantity surveyors' reports to the OCG. It is preposterous! However, the OCG interprets it as within its powers to demand such reports, and he does so while he reminds his readers of his powers of subpoena, if not also to cause prosecution.

Having reviewed the prolific supply of releases for the last five months, I am making the following two assertions in respect of the conduct of the OCG. The first is that actions of the OCG, in respect of what he describes as two multimillion-dollar investment projects and, as a consequence, his actions toward the IOP, are ultra vires.

By his own statement, the OCG has described the North-South Highway project and the investment in the port on the Fort Augusta side as multimillion-dollar investment projects. Nowhere in the Contractor General Act is any reference made to 'investment'. The act defines a government contract to include any licence, permit or other concession or authority issued by a public body or agreement entered into by a public body for the carrying out of building or other works or for the supply of any goods or services.

This definition implies a situation in which government is expending state resources to procure goods or services; and empowers to OCG to ensure value for money. It does not envisage any such role for the OCG in the expenditure of private capital and private resources. Mr Christie has to make up his mind as to whether or not he is correct in defining the two projects as investments. If they are, indeed, investment projects, they are, for that reason, outside his remit.

The second assertion is that the OCG has become capricious and arbitrary in the exercise of its powers. By what flight of madness should a forensic auditor in the conduct of such audit give reports to the OCG? By what departure from sanity would the advisers of a minister (such as the IOP) share their advice or observations with anyone other than the minister who appointed them?

Furthermore, are these highly respected public figures paid employees of the State? On what authority and with whose resources can they be so compelled? Is it the goal of the OCG to intimidate, by gratuitous use of the threat of prosecution, and so to drive decent Jamaicans from offering public service?

Also, to the extent that the instant projects are investment projects, would the OCG share with the similar public interventions that were made by the OCG in respect of the CMA CGM US$100m on the southern terminals of the Port of Kingston? Would he also provide a record of similar concerns expressed in respect of the investment in the Port of Falmouth by Royal Caribbean Cruise Lines? What are the important differences to which the OCG can point which explains why this investment has been targeted and the others ignored by the OCG?

Further to the point, the OCG needs to share with the public what motivates the disproportionate attention paid to the stewardship of Dr Davies as minister. In the five months since taking office, the staff and persons associated with Dr Davies' ministry have been subjected to what could reasonably be described as harassment from the OCG.

In this period, the forensic auditors appointed by the Ministry of Transport, Housing and Works have been subjected to the demands for reports. The IOP has been issued with similar intimidatory correspondence and demands. The permanent secretary has been subjected to the intervention of constables. JEEP, the Government's emergency employment programme, the implementation for which is located in Davies' ministry, has been made the butt of controversy by the actions of the OCG in its infancy and before a single contract was procured.

And as if that were not enough, two multimillion-dollar investment projects, which are virtual Christmas gifts from the Chinese government to the people of Jamaica, are being subject to pre-emptive strikes from the OCG.

What probable cause is there? What viper does the OCG see under the stone? What is the OCG trying to do?

I raise these questions, not as any favour to Dr Davies or the ministry. I raise this issue on the cusp of the setting up of a single agency to fight corruption. Intention is one thing, but the most important lesson to be borne in mind is that too much power concentrated in one place or one person is dangerous.

Garnett Roper is chairman of the Jamaica Urban Transit Company. Email feedback to columns@gleanerjm.com and garnettroper@hotmail.com.