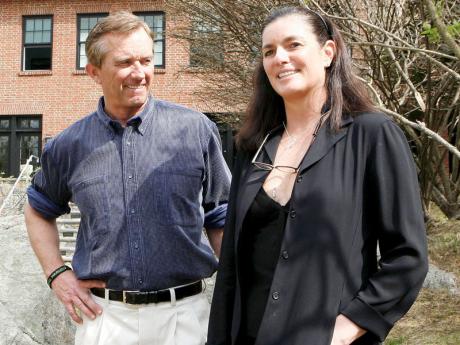 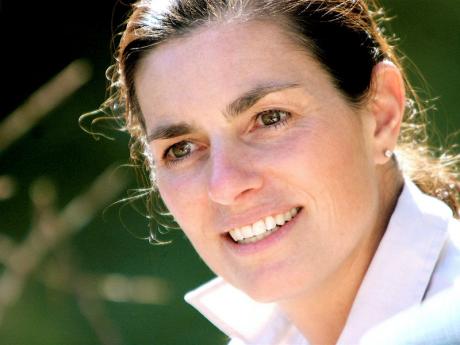 BEDFORD, New York (AP):As someone who lived at the edge of the spotlight that shines on the Kennedys, Mary Richardson Kennedy had been there long enough to become a partner in their rituals of grief.

She was there when the clan buried Michael Kennedy, killed in a New Year's Eve skiing accident in 1997, and John F Kennedy Jr, who died in a plane crash in 1999.

And now, the gathering will be for her, the estranged wife of Robert Kennedy Jr, who hanged herself Wednesday at the family's 10-acre estate in a New York City suburb.

Her death, at age 52, came as a shock to some friends and family, even though the past two years had been undeniably tough ones.

The couple was going through a divorce, and Mary had been charged twice with driving while intoxicated in 2010.

"A lot of times I don't know how she made it through the day," Robert Kennedy Jr told The New York Times. "She was in a lot of agony for a lot of her life."

But Victoria Michaelis, a friend since Mary's college days, said she hadn't seemed suicidal, or crippled by the alcohol problems that briefly landed her in the headlines two springs ago.

"She was definitely suffering, but she was very, very spiritual and a resolute Catholic," Michaelis said. "I'd say she was depressed the last two years since the divorce. But she would put that aside and ask you how you were. I saw her a couple of weeks ago, and she was fine."

Her death resonated, too, with a public that has watched tragedy march through the ranks of the Kennedy clan again and again.

"I think every family has its tragedies. But this is too much," said Kim O'Connell, who dropped off a bouquet of calla lilies at the family's home in Bedford on Thursday morning.

She had met Robert and Mary only a few times, while working at their health club, but felt a connection anyway. "I just thought she was just a lady. I woke up this morning, and I wanted to do something."

An architectural designer with New Jersey roots, Mary Kennedy met her estranged husband's sister, Kerry, in boarding school when they were still teenagers and had stayed close to the clan through the decades before marrying Robert in 1994.

Robert is the son of Robert F. Kennedy, the former US attorney general who was slain in 1968 while running for the Democratic presidential nomination, and the nephew of assassinated President John F Kennedy and the late US Senator Edward Kennedy of Massachusetts.

Mary was RFK Jr's second wife, and she entered the family in less-than-storybook circumstances.

When they married, she was already pregnant with their first child, and Kennedy was only weeks removed from the divorce of his first wife.

Yet the wedding had the usual Kennedy touch of romance and politics.

The ceremony was held aboard an environmental research vessel on the Hudson River, which Robert had been fighting to protect as an attorney with the environmental group Riverkeeper.

The couple's fourth child - Robert's sixth overall - was born while he was serving a 30-day jail sentence for trespassing on US Navy property to protest bombing exercises on the Puerto Rican island Vieques.

"And she was truly a Kennedy," he added. "She was a Kennedy in her interests. Her husband is one of America's leading environmentalists. So was she."

In recent years, police in Bedford had been called several times to the family's home. Twice in 2007, Robert told police that he was afraid his wife would try to hurt herself, according to records obtained by The Journal News for a 2010 report about the series of disturbances.

Police have said almost nothing about the circumstances of the death, but the Westchester County medical examiner's office said after an autopsy Thursday that she died of asphyxiation due to hanging.

A person familiar with the investigation into her death said authorities have concluded that her death was a suicide. The person was not authorised to release the information and spoke on condition of anonymity.

Robert Kennedy Jr. told the Times that no note was found at the scene.

Neither side of her family has discussed her manner of death publicly, but released statements noting her "gentle soul and generous spirit," her work advocating environmentally responsible building designs, and her deep love for her children.

"It's a terrible and tragic time for Mary, her family, and, perhaps most importantly, for Bobby and Mary's children, Conor, Finny, Kyra, and Aidan, and for all of us who loved her," said a brother-in-law, Joseph P. Kennedy II.

"We appreciate the expressions of condolence and ask for privacy during this difficult time."

In a statement released late Thursday afternoon, Mary Kennedy's siblings expressed dismay at the way she was being described in some news reports, saying it was "wholly inconsistent with the sister we knew and the life she, in fact, lived".

"She laughed a lot. Her enthusiasms were deep. She loved to connect people, with no self-interest, and with great intelligence."

Political historian Thomas J. Whalen said he thinks the whole notion of the Kennedys being cursed is largely created by the media, but said that is the perception many Americans have of the family.

"There's no curse. It's just foiled family ambition, risk taking and bad luck," he said. "It's a large family. Things happen in large families, both good and bad."

Mary Kennedy grew up in Hoboken, New Jersey, the daughter of a professor at the Stevens Institute of Technology. She had two brothers and four sisters.

She was active for years with the Boys & Girls Club in Mount Kisco, volunteering for the club's annual fund-raising dinner and hosting its Youth of the Year awards at her home.

With one of her children battling severe allergies, she co-founded the Food Allergy Initiative, billed as the world's largest private source of funding for food allergy research, and appeared with her family at its annual ball at Manhattan's Waldorf Astoria.