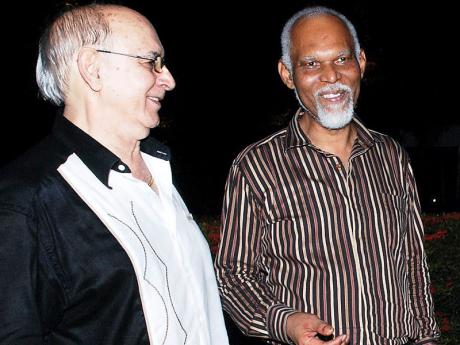 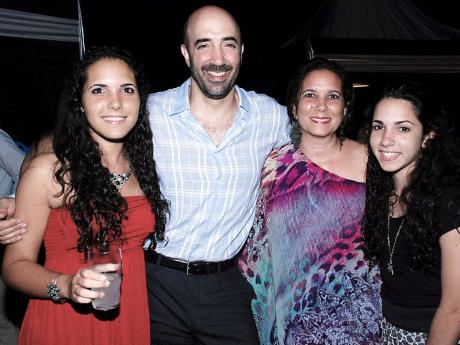 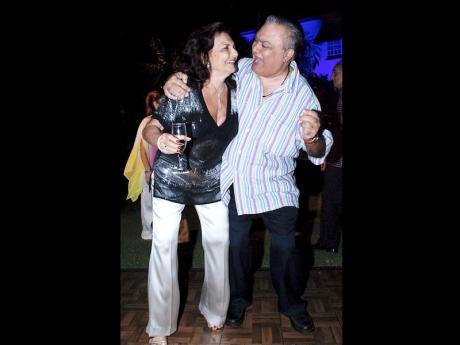 Carole Hadeed and Deepak Vaswani take a turn on the dance floor. 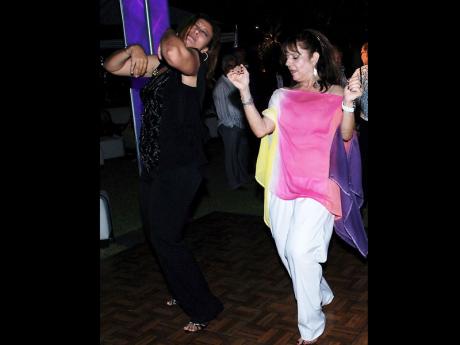 Leila Younis and her daughter-in-law Abby heat up the dance floor. 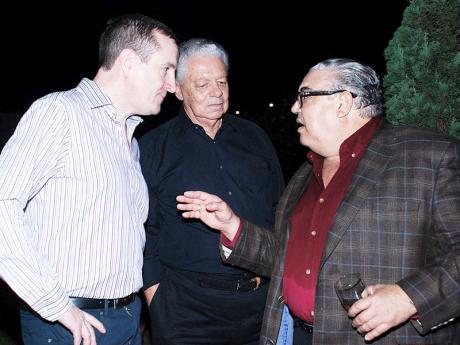 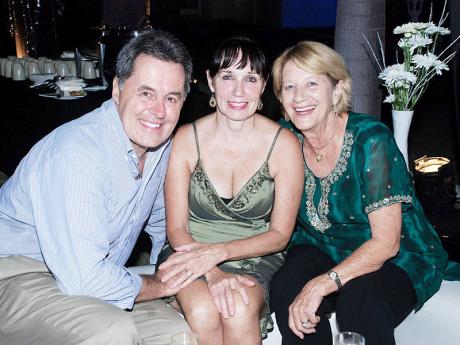 Say the name Sameer Younis and, for many, it conjures up images of a more beautiful, picturesque view of the nation's capital made so by clean streets and rehabilitated old and historical buildings, enhanced by a greener landscape.

Younis has long been a champion, not just for a cleaner and greener city. He has been front and centre of the campaign for the orderly and architecturally structured redevelopment of the city.

In a land where few in the corporate world and the world of high finance and commerce have come to learn the value of being good corporate citizens, Younis has been like a beacon. Not only has he led by example, but he sought to galvanise the population at large to accept the realisation that, indeed, the city's beauty is the citizens' duty.

And so it is, my dears, that after years of being a leading advocate for the upkeep of the city of Kingston and with his wife, the fabulous Leila Younis, always by his side, the power couple are parents to five children, which made for a very close family.

Well, last Saturday, Younis celebrated his 70th birthday. And to mark the occasion, the family threw the birthday party of birthday parties. Luvs, simply put, it was a celebration fit for a king, and then some!

To begin with, Sameer and Leila Younis live in what has been described as Kingston's most coveted address - the Golden Triangle. But not just at any address in the Golden Triangle, as the Younises are direct neighbours to Vale Royal - official residence of the prime minister, so you know we are talking a ritzy neighbourhood here and nothing but!

Well, for the birthday party, decorator Ingrid Peralto was called in and dears, she transformed the sprawling front lawns of their residence to the equivalent of a contemporary amphitheatre. There is no other way to describe the end result of the fab décor.

The lawns ringed with marquees, housing a Lebanese fare catered by Chez Maria; Chinese fare, catered by the caterer to the stars - the fab Lorraine Fung; a dessert station catered by Tamara Younis; a majestic bar, serving up nothing but premium cocktails and with fabulous good cheers.

And then there were recessed lounge areas, strategically set to the far side of the music. The near eastern end of the ring of marquees was done up to facilitate fine dining, with the centrepiece of this all being a fabulous dance floor. It was ringed by bistro seating and clearly demarcated by emblazoned streamers, glowing with muted lanterns, towering above all else, and thus completing what was a truly elegant theatre for the festivities at hand!

Now, dears, this was not your average teenage dance party that seems to populate some spaces. In fact, there was absolutely nothing average about Sameer Younis' 70th birthday party at all. It was a class act of the highest and finest order. The party of parties, thrown to celebrate the milestone achievement of a private-sector leader celebrated for his contribution to national development. Luvs, forget the clichés bandied about on occasions such as these. There is no gainsaying it - this was a party that was style perfect in essence, thought and execution.

We are talking a repast here that was nothing but a cross-cultural culinary celebration of the finest esoteric order. Music that not only spanned the decades, genres and cultures, but embraced the spirit and soul of the celebrations; and a social gathering that represented the very crème de la crème of Jamaican society.

As was expected, a number of the nouveau riche were in attendance. But dears, we are talking for the most part, olde society here, as some of Jamaica's oldest families were out in full party regalia. We are talking the lettered, the honoured, the landed, the titled, and the gentrified, all making for one fabulous milieu and giving visual clarity to our motto - Out of Many, One People.

Dears, perhaps the best ingredient of the celebration was the fact that this was a party to celebrate a very special birthday! And so, there was no officious ceremony with pious sounding friends trumpeting platitudes and long boring speeches. Nope, it simply was not that kind of a party!

There was the symbolic cutting of the birthday cake, with the birthday boy acknowledging and thanking his friends, and using the moment to invite them back for his 80th. And that, for the most part, was it - the cake-cutting ceremony and thank you lasting probably all of five minutes, if that long.

But dears, what a party!

Luvs, it poured champagne and rained fabulousness like everybody's business and made for a style-perfect occasion - style and pomp, the very essence of it all!

What a fabulous night!