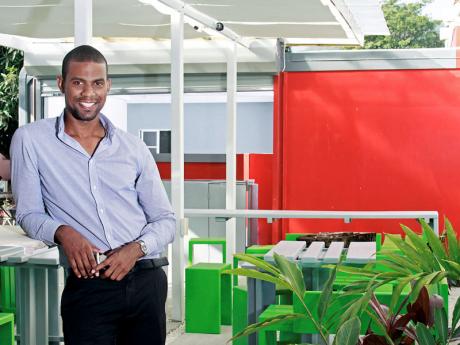 In third year of medical school, Taylor decided to make a transition to business.- Contributed 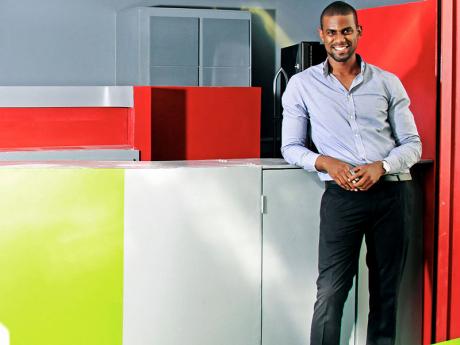 Dr Maurice Taylor, 26, graduated from the Faculty of Medical Sciences at the University of the West Indies, Mona, in 2010 after five punishing years of studying and one year of internship.

Nine months into his senior house office stint at the University Hospital of the West Indies, Taylor decided he would not practise medicine anymore.

The doctor decided to hang up his stethoscope and plunge into the world of business.

Some, no, most people thought he was crazy. This included family members, friends and colleagues.

"Why would you sacrifice all that effort to get into medical school and complete it and not practise?" they asked. "Why would you exchange the economically secure life of a doctor for the risk of business?"

Said Taylor: "Most people discouraged me and I can understand why, because medicine is secure. It is basically a no-brainer for some persons to stay and do it."

Taylor said his decision to ditch his scrubs for a business suit was years in the making, even though he is now just executing his first major idea.

"I made the decision in third year to make the transition. My friends knew it. They knew how much I liked business. My mom didn't know quite the extent. Family members didn't know; they thought it was a phase," Taylor said.

This phase has translated into a modern food store named On Call, a healthy-food resource for outpatients and staff at a St Andrew-based hospital.

The concept that Taylor wants to bring to the hospital is to bridge several food groups in a health conscious and affordable way. Taylor says the difference On Call brings to the hospital will not only be reflected in the food he provides, but in the service and hours.

"We are going to open from 7 a.m. until midnight."

He wants to bring this concept to other hospitals in the island.

Before his business paradigm shift, Dr Taylor grew up in St Andrew and attended Stella Maris Prep and Campion College, where he excelled at academics. Before entering medical school at the age of 20, the slender-built dark-skinned doctor was prompted to enter medicine by a life-changing event.

His love for medicine continued, but as mentioned before, his mind began to change.

"Midway during third year (of med school), I realised I had another passion. During that time, I was going through a difficult phase because, at that time, my mom was going through financial difficulty, she got caught up in the FINSAC era and had to go away to work. I realised how finances could impact a family growing up, so I got interested and started to read and see why some individuals had to work for their entire lives and not have nothing to show for it, and that is something that could essentially separate a family," he said.

Not wanting his future to be like this, Taylor forged on with business.

"I realised I had a passion for entrepreneurship and freedom, so I was a bit torn between medicine and business, but I had a bigger passion for business. So I decided to finish medicine, so once I was finished doing medicine I would go and pursue my passion. I think very few people have the opportunity do something which they are really passionate about."

As he prepares for the opening of On Call on the 24th of May, Taylor understands that there are risks, but he says he is not afraid of failure.

As to practising medicine again, his response is "never say never".