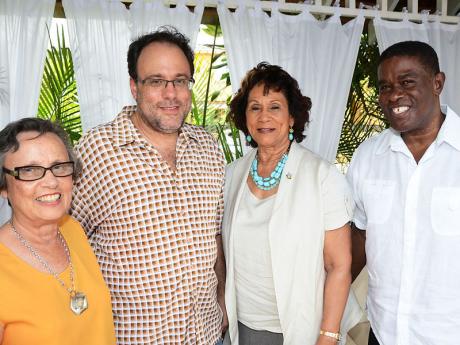 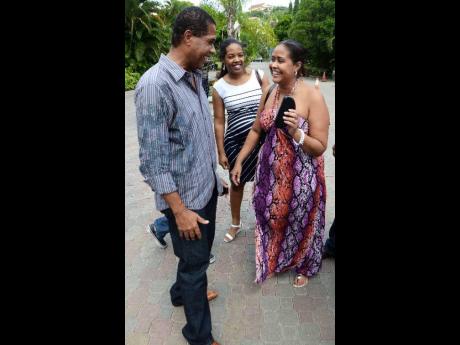 Some reportedly anorexic type model is reported to have once said: "Nothing taste as good as thin feels." Since all such pronouncements are truly subjective, one cannot argue the merits or demerits of that position. This scribe posits, however, that nothing feels as good as doing the right thing. Whether the right thing is offering workers a fair day's pay for a fair day's work; helping out a friend or neighbour in a time of need or crisis; or just generally being your brother's keeper.

It has been posited that as society becomes more technologically driven, it is more likely to lose its soul - its soul here being human interaction and empathy. With the loss of the ability to empathise comes the inability to stage human intervention to the benefit of the community and society at large.

One such group is the Association of Friends and Families of Substance Abusers (AFAFOSA). As its name conveys, the organisation was formed by concerned family and friends of substance abusers to assist with their care, treatment and weaning, with as little social and/or familial disruption as possible; and in a coordinated manner. It is designed to maximise the input of the official state and quasi-state agencies by harnessing the available capacity and resources to the benefit of those who are substance abusers.

Now if ever there was an organisation that represented a timely intervention, then it's AFAFOSA. Its mandate to manage cases of substance abusers, in the holistic manner, sees the organisation working with the health ministry to facilitate treatment, then with the courts and social services to create an understanding that sometimes the best treatment option for abusers is not incarceration. The approach embraces rehabilitative-oriented treatment to avoid recidivism, with the carrot-and-stick mode.

Such an approach has resulted in a process that employs an educational component, and rehabilitative foundation which gives the abuser, faced with a possibly criminal conviction, an opportunity to opt for therapy as against being incarcerated. The programme has bequeathed many rewards to the society at large, as it has resulted in the rehabilitation of many abusers and a reduction in the crowding of court dockets.

AFAFOSA is indeed a labour of love, with its many volunteers working to make the organisation a continuing agent of change.

To help fund its many programmes of intervention, each year the organisation hosts a fund-raising Mother's Day brunch. And so it was that last Sunday, the organisation hosted its annual brunch at the corporate headquarters of the Guardsman Group - a beaut of a property. It is beautifully designed with a number of water features, including an elevated deck over a beautifully crafted 'brook' that is home to simply marvellous schools of koi. It makes for a very lovely and tranquil intervention, enhanced by its handcrafted waterfall and fountains, fauna and exotic plant life. The place is not only an oasis in a city not burdened by its own beauty, it is ideal for a lazy day.

And, my dears, that was exactly what the AFAFOSA annual Mother's Day brunch was - a day in which families came and laze as they feasted on a traditional Jamaican fare, and in-between sips of non-alcoholic libation. They strolled through the gardens while enjoying the musical offerings of the students of The Mico University College, with lead singer Floyd Cassanova, Gavin Francis on keyboard, Kegan Lynch on bass, and vocalists Chantel Lamb, Sonja Daley and Sandra Hutton adding their voices to the flow of talent.

Dears, it was a charming outing and all for a good cause. It made for a beautiful outing, as while some families opted to lyme and enjoy the social interaction afforded by such an occasion, others opted to utilise the take-out service, and made it one beautiful outing.