From house slave to haute-couture designer 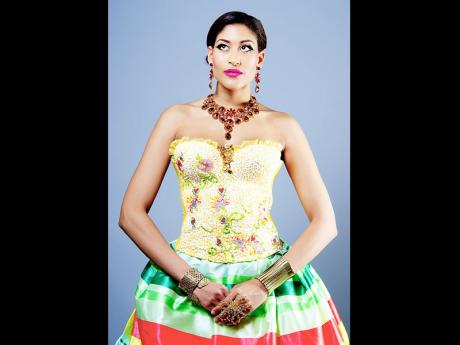 A model wears a design by Downtown Pat Brown. 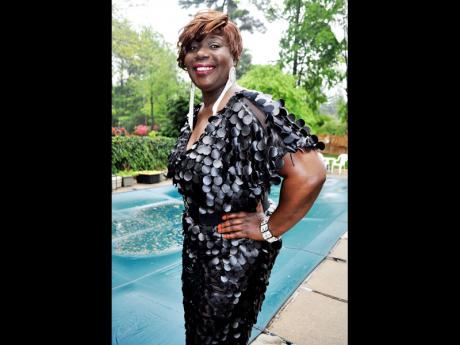 The designer wears one of her lavish and eye-catching pieces.- Contributed photos 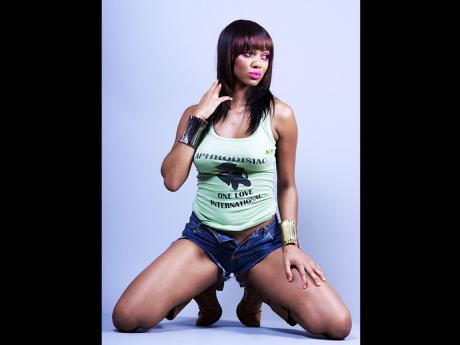 A model shows off a daring outfit designed by Downtown Pat Brown. 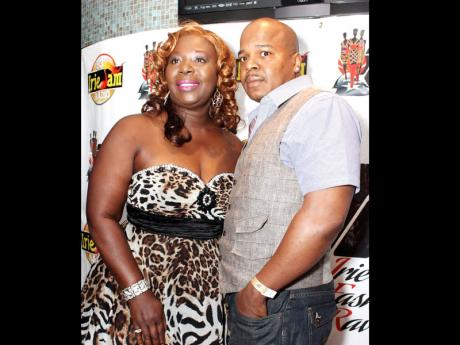 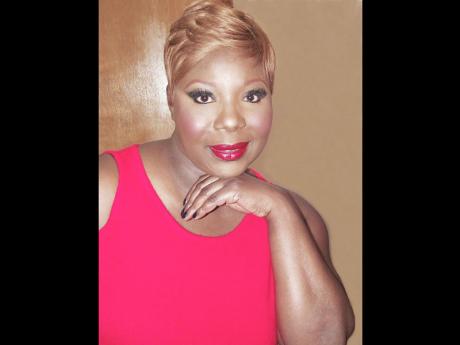 'Downtown' Pat Brown is a tall, striking, full-figured black woman with beautiful features and a winning smile. She struts across New York City, always looking like a freshly minted diva. She is often draped in her stylish designs that command attention on runways from New York City to Los Angeles.

"Fashion is my passion," the haute-couture and lingerie designer declares confidently.

She was born in Jamaica, grew up in London and later migrated to the New York tri-state region, where she made her mark as an award-winning fashion designer. Her creations have appeared in numerous glossy magazines and she is the 1999 recipient of the Ashley Stewart Great Woman of Style Award.

Pat has become a fixture on the New York fashion scene where she has modelled, hosted fashion shows and dinner dances and participated in fashion events and hair shows in New York, Newark, Atlantic City, Atlanta, Las Vegas and Los Angeles. She has had the honour of presenting her beautiful and eye-catching hand-painted collection at the Apollo Theater in Harlem for the Black Fashion Designers' Association, and along the way she has also dressed dancehall dolls like Bar-Bee.

But the world of Downtown Pat Brown was not always a fairy tale of fashionably fabulous fabric. She left Jamaica for London when she was only five to live with her father and stepmother who were cruel and abusive, and they threw her out of the house as a pregnant and frightened teenager urgently seeking to escape her circumstances.

"I was beaten and often bitten by my stepmom who treated me like a house slave, even though I was a child of only seven," she recalls. "I had to wake up before dawn to load buckets of coal from the damp, dark and musky cellar and clean, prepare and light the fireplace in the cold London home before dawn so that my father and his wife who were sleeping comfortably in their bed could wake up to a warm and comfortable home," she continued.

The parental abuse seemed like a picnic compared to the nightmare that was to follow. At 18 years old, Pat ended up marrying a wicked and brutish older man who beat her mercilessly and who peppered her with every form of abuse in the devil's handbook.

For 15 years, she was trapped in an excruciatingly painful partnership with virtually no exit options. Her break came when the couple and their children migrated to the United States. They settled in New Jersey and she found life there a bit more relaxed, enabling her to build up the courage to flee, taking her four children along.

In the United States, she quickly pulled herself together and changed course. She got herself a job with a prominent law firm and she stumbled upon fashion by chance. With her striking features, she was first asked to model for established designers. Downtown Pat Brown found success as a model but she wanted to do more, to create her own designs. Not being one to linger, she started experimenting with her own hand-painted bustiers that were incorporated in her designs. People would see her wearing these colourful eye-poppers and they would offer to buy them for hundreds of dollars. Her efforts became an overnight smash and suddenly she was hotter than the 4th of July!

But there were to be more setbacks on Downtown Pat Brown's journey to success. Four years ago, she was on her way to a fashion show in Queens, New York, when she was rear-ended by a distracted driver. She suffered neck and back injuries that at first appeared minor but eventually she required four surgeries that left her partially paralysed. The end was glaring at her in the face and she wondered if she had come to the end of the road. For months, she was unable to walk and the most severe pain pounded her body. But she fought back like a warrior and she's up and running again at full speed, literally held together by a titanium rod with bolts and screws.

Fashion is still her passion, so she's now back on the scene with a diversified Downtown Pat Brown collection and big plans for the future. Along with lingerie, swimwear and gowns, she is doing T-shirts and children's wear and will be venturing soon into menswear. She has also created a whole slew of options for full-figured women like herself and she has just wrapped up a photo shoot showcasing her designs at the Brownstone Store in Harlem, all of which will be available online. Additionally, she has secured a business partner, Saboor Harrell, who will focus on business development while Pat will drive the creative process. She hopes to make it back to Hedonism II in Negril where she has already showcased her collection and done a calendar shoot in the past.

She's a testimony to perseverance and hers is a true comeback story.

"I've learned a lot from the lessons of life," Pat confessed, flashing a triumphant smile from the plush leather comfort of her shimmering late model black Mercedes.

"In life, you can overcome," she continued as she hit a button on the car's flashy dashboard to mildly massage her back.

"Sometimes you don't know your own gift. I learned to sew from nothing. Nobody told me I could do this. All that I have accomplished, I have done through hard work, dedication and my faith in God. In so many ways I can truly say I am so grateful. I made a pact with God not to give up. I want to encourage other women not to give up. Stay strong, believe. Have faith," she advised.

The 58-year-old designer says she's "up again". Standing tall and moving forward, one fashionable step at a time.