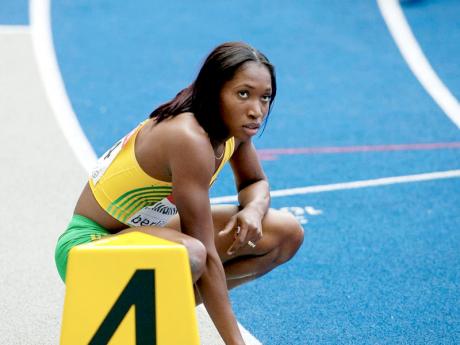 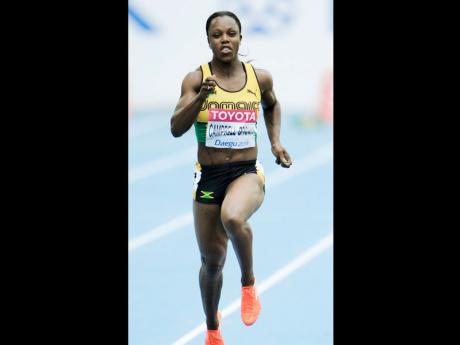 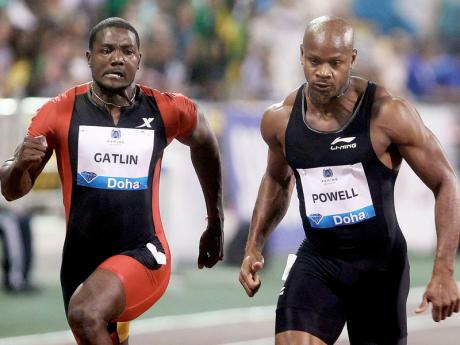 SHANGHAI (AP):Veronica Campbell-Brown and Novlene Williams scored impressive wins in the women's 200 metres and 400 metres, respectively, while Asafa Powell eased to victory in the men's 100 metres at the Shanghai Diamond League meet in China's most modern city yesterday.

Jamaican runners who were upstaged in the sprints in Doha recently hit back hard against their American rivals. Powell held off Michael Rodgers to win the 100m while Campbell-Brown (22.50) beat Carmelita Jeter (22.62) in the women's 200m.

Powell pulled away from the field after about 30 metres and held off a fast-closing Rodgers to win in 10.02 in wet, windy conditions.

Powell was coming off a second-place finish at the season-opening Diamond League event in Doha last week, when Justin Gatlin edged him by one hundredth of a second.

"Today, I did technically well, so I'm happy," he said.

With the rain picking up, Campbell-Brown had a big lead coming off the curve in the women's 200m but Jeter pressed her down the final straight, just coming up short of the two-time Olympic 200 gold medallist. Anneisha McLaughlin, also of Jamaica, was fourth in 22.79 while her compatriot Aleen Bailey took seventh in 23.02.

"The more I win, the more confident I become, so it's good," Campbell-Brown said. "This is my first 200m of the season and I have a lot of work to do. The way I feel in this one, I know that each one will get better."

Williams-Mills, the world leader with 49.99 seconds, continued her excellent early-season form with a brilliant run in the one-lap event to defeat world champion Amantle Montsho of Botswana. The Jamaican clocked 50.00 yesterday with Montsho who went out fast but weakened rapidly in the straight, taking second in 50.83. The MVP Track Club duo of Kaliese Spencer (51.81) and Shericka Williams (52.21) were third and fourth, respectively.

Americans had a better result in the men's 400 hurdles, with Angelo Taylor, season best 48.98 seconds and Justin Gaymon (49.07) finishing one-two.

Taylor, the Olympic gold medallist in 2000 and 2008, is working his way back into form after an injured left foot last year disrupted his season. He said he feels confident less than three months away from London.

"This year, I'm being very, very cautious and being very aware of my body," he said. "Mentally, I've been there and done that. I'm a two-time Olympic champion, so I know what it takes."

Liu Xiang defeated world champion Jason Richardson to win the men's 110 metres. Liu and Richardson were even through the first seven hurdles before the Chinese star pulled away to win in a world-leading 12.97 seconds, ripping off his shirt after crossing the finish line to a huge cheer from the crowd.

American David Oliver finished second in 13.13 and countryman Richardson was third in 13.16. Jamaica's Dwight Thomas was ninth in 13.72.

"Tonight, I executed very well," Liu said. "I hope that I can keep my momentum, keep my form and pay attention to the details during the training so that I can perform well in the future."