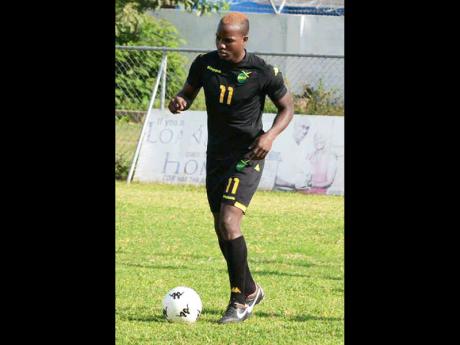 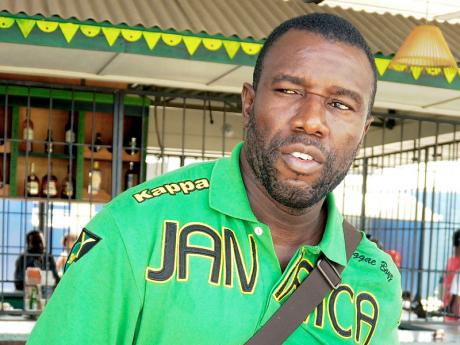 However, despite the continued presence of new players in the squad, Whitmore, a former national player himself, sought to assure that the team is close to being finalised and that he is comfortable with the players at his disposal.

Defenders Nyron Nosworthy, Adrian Mariappa, 18-year-old Ewan Grandison and goalscorer Jeremie Lynch all played a part in Jamaica's 1-0 victory in front of a strong crowd in the second city, as the locals continued their unbeaten run, which now sees them chalking up five games without a defeat since the start of the year.

There are concerns, however, that with the team slated to play Guatemala on June 8, Whitmore, who has been at the helm of the team since 2009, is not certain of his best options for the campaign.

"I wouldn't say that we are still looking at players and, furthermore, the squad that we have assembled this Monday is basically the World Cup qualifying team," said Whitmore in a post-match interview. "This is the last game to see players really."

"We have a starting 11, we are just looking around for additional players," Whitmore added. "We have a number of players coming in and you always want to keep widening the pool of players in case there are injuries or so on. We have seen players over the park in a number of positions so we shouldn't have a problem if that occurs."

Lynch helped his cause to figure among the final selection when he slotted home from close range in the 62nd minute, after substitute Errol Stevens latched on to a defensive error from Guyanese captain Charles Pollard deep into their half.

It may not have been a platinum performance from the Boyz, but the goal and the win that came along with it, was nothing less than they deserved, after a first half that saw them dominating play and creating numerous goalscoring opportunities.

Keammar Daley, who pulled the strings in midfield and was quite impressive throughout, served up a few for his teammates and spurned a couple on his own while Hyde and captain Luton Shelton also got good 'look-ins'. Nosworthy impressed in defence in the opening period, summing up a less than spectacular half for the hosts.

The powerful Watford defender demonstrated commendable poise; a calming presence with the right amount of steel when required.

After a scoreless first half, the Jamaicans showed some intent at the beginning of the second, Daley volleying wide after some good work from Xavian Virgo down the right channel on 47 minutes.

Both teams traded jabs with the Jamaican backline nearly offering a gift to Dwain Jacobs, while Aubrey David hit the crossbar not too long afterwards.

However, the introduction of former Tivoli, Portmore and Arnett Gardens standout Stevens injected some incision into the Reggae Boyz offence, as the right-sided player proved too much for the Guyanese, who found themselves grabbing after him so often that he had to get a change of shirt.

The game lost its sting as the half matured, however, with a string of substitutions taking the steam out of the contest. There was, however, time for Jamaica to gift one more chance to the visitors as a result of communication mix-up between Virgo and goalkeeper Jacomena Barrett

"I think we played a pretty decent game here this afternoon, we have four players who made their debuts tonight, so I think it was a pretty decent game this afternoon," Whitmore summed up. "You have to take into consideration that Guyana are in the World Cup qualifiers as well and they also beat Trinidad and Tobago as well so they are not a walkover."

Guyana coach, Jamaal Shebazz, was appreciative of the opportunity and believes his team will benefit in the long run.

"I think it was a good game for us, in the end a silly mistake cost us the game but it will help us in the long run because we realise how thin the margins of error are. So, all in all, the exercise is a great one for us and one we appreciate," said Shebazz.