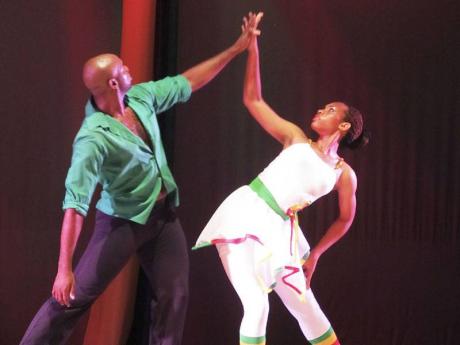 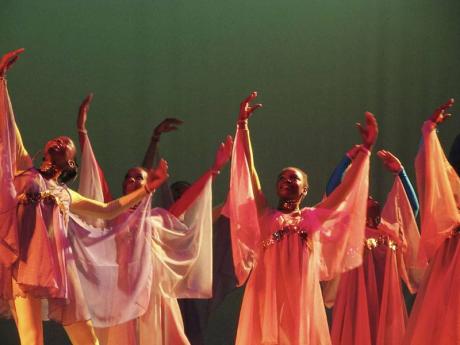 Past students, another group within the Vaz Preparatory Dance Troupe, performs 'Kolors'. - Photos by Marcia Rowe 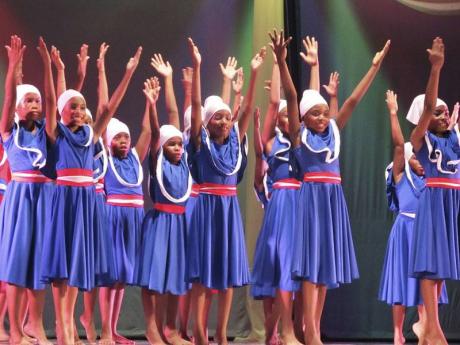 Junior 2, a group from the Vaz Preparatory Dance Troupe, performs 'Gospel Flava' as part of the school's second season of dance at The Little Theatre.
1
2
3

They may be considered newcomers on the dance show calendar, but Vaz Preparatory School's dance troupe has signalled its intent to become mainstays.

At a recent performance, the troupe displayed vibrant costumes, an attractive backdrop and, in most instances, fine choreography, putting on a show that belied the troupe's lack of experience.

The performance, titled 'Salute Jamaica: A Dance Celebration of our Times', marked the start of the troupe's second. Along the way, the troupe also paid homage to Joyce Magnus, a former vice-principal.

The entertaining package showcased the works of choreographer Charmaine Blake. And the dancers, predominantly female, were divided into four groups: Junior 1, Junior 2, past students and LaBlacha (teachers).

Red, velvet curtains to the front of The Little Theatre opened to reveal a silver cross, sandwiched between neatly folded white fabrics. The religious-themed backdrop remains for the first three dances, dedicated to Magnus.

Junior 2, with the dance Praise Ye, was entrusted with opening the evening's account. And they did not disappoint.

They were followed by the Junior 1 with Little Worshippers.

And the tribute to Magnus was concluded with We Bow Down, passionately performed by LaBlacha.

The tributes were followed by the only dance with a set. It was called Mama and Me. The dance was delightfully delivered by a parent and two students, capturing a playful moment between a young mother and her two children.

In Movements, the past students made their first appearance. As the title suggests, the dance comprised a series of dance warm-up movements. With controlled and fine body extensions, the group of talented youngsters would later delight the audience with All That Jazz, Kolors and Rydim and Moves.

But it was the Junior 1 dance group that produced the first of the loud applauses from the audience. Costumed in blue and gold, the little ones jazzed up the show with Rock and Twist.

Junior 2 also produced a good interpretation of Blake's Vybz. The young dancers were also entrusted with the closeting of the first half of the concert. They did so with an entertaining performance of Jazzing.

But while the dance was cleanly executed, the lyrics were too mature for the age group and, thus, not captured in the movements.

It was in the second half of the show that the choreographer's declaration in the programme note that "Salute Jamaica 50 is mainly of dances done to Jamaican music" was manifested. Though the number of Jamaican dances only amounted to nine of the 20, they were the liveliest on the programme.

Choreographed to songs from Etana, Junior Gong, Bob Marley and Buju Banton, the dances included Gospel Flava, performed by Junior 1, and Positive Vibes, which was nicely performed by the Junior 2 dancers. The theme was further reinforced in segment two with a backdrop boasting all three colours of the Jamaican flag.

The finale intensified the Jamaican theme by adding to its choreography, a display of students wearing bandanas with black, green and gold.

'Salute Jamaica: A dance Celebra-tion of our Times' was a good show.

The practical but beautifully designed costumes were one of the show's strengths. Blake and her team must also be commended for a generally mishap-free event.