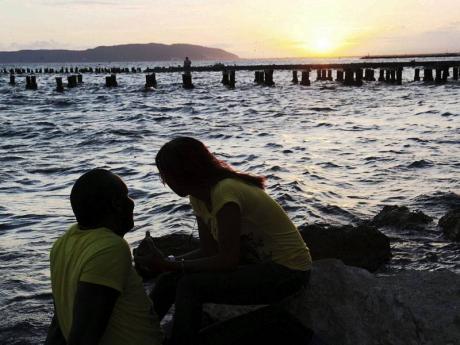 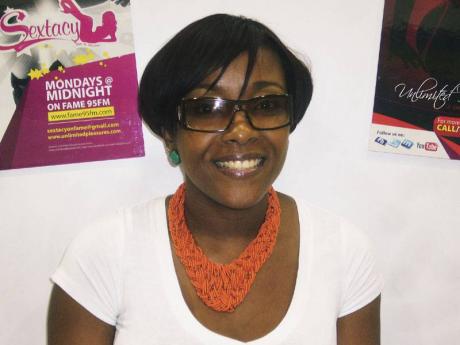 When she was a little girl, Shelly-Ann Weeks, mommy's little darling, harboured absolutely no thought of pursuing a career in human sexuality, but it was thrust upon her (pun intended) out of the disaster that was her first sexual encounter.

"Sexuality was more of a quest for me on a personal level, because the first time I had sex I was utterly disappointed ... to the point where I was angry ... I felt like I bought a Mercedes but got a pushcart ... I was very, very angry ... It was really bad. I felt like I was chopped in two by a two-by-four," she told Flair recently.

She refused to believe that that 'near-death' battering was all there was to sex. "This cannot be what everybody is raving about, this cannot be what I am supposed to experience," she had said to herself. So the young woman, who learns through reading, set out on a mission to learn more about sex. And it turned out that it was nothing like the 'butchering' she had got.

"I started to figure my own body out ... and it kinda got better from there. When I actually started to enjoy sex was when I started to understand better how I work and how my body works. I knew what pleased me and what felt better to me," she said.

Then she said she became a consultant of sorts because of the knowledge of sex she had acquired. "Anytime my friends want to do anything fun and interesting is me dem call," she claimed, and, "jokingly, I said to a friend of mine about 2004, 'a gwine charge yuh'." It had subsequently dawned on her that the business of sexual pleasure was something she could do well in.

Weeks, who calls herself a marketer, and had worked in the entertainment and hospitality industries, started out by selling sex toys, but that business failed because of a lack of financial backing. "A lot of financial institutions refused to touch my business with a long stick, because people who work in financial institutions don't have penises and vaginas, they don't have sex ... these nice, upstanding conservative people, who are celibate until they are married ... and they only have sex for procreation ... the ones who do," she remarked sarcastically.

"If I had my way six years ago, I would be the biggest seller of sex toys in Jamaica," she said, in retrospect. Yet, undaunted, she turned to teaching people about sex and sexuality, and has been constantly upgrading herself. She has a postgraduate certificate in human sexuality from the Institute of Advanced Study of Sexuality, in California, USA, and intends to study human sexuality up to the PhD level. She shall be called 'Dr Sex', no, Dr Weeks.

She said Jamaica needs an institute of sexuality so that people can learn at all levels about sexuality, from abuse to curiosity, to sexual identity. "I am discovering that a lot of adults were abused as children and they are still carrying that (emotional baggage) as adults. It was never dealt with," she said, yet, "Things are changing, people are much more open now, people are talking. I would like to see them talk a lot more ... I get people asking me a lot of questions every day. They are really getting intimate. They are telling me the details, they want me to help them get to the root of it."

Yes, the woman who was almost 'halved' has found the keys to sexual happiness and she is not selfish with them. She has made it her business, and is making quite a name for herself, especially with her radio show called 'Sextacy', midnight on Mondays, on FAME 95FM.

"I am very passionate about what I do because when I look around in my society there are benefits to be had from being sexuality satisfied. We already have the body parts, we already have the tools that we need, and if we are able to tap into that, our quality of life would be that much better," the full-time pleasure consultant and sex educator said.