A soldier in love 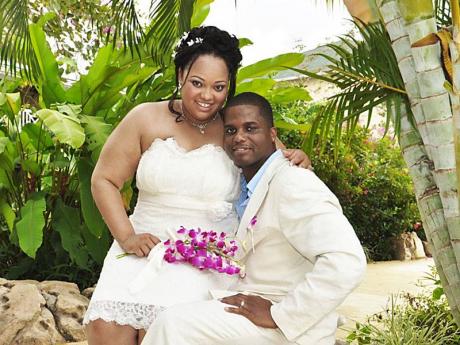 From a platonic relationship on Black Planet to husband and wife. - Contributed 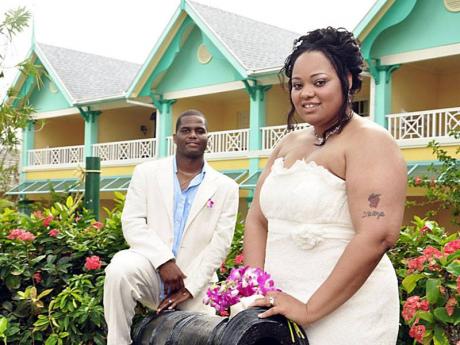 Darrel and Latoya Brown after exchanging vows at Sandals Royal.
1
2

Thoughts of army greens, combat boots and landmines were probably the last thing on Darrel Brown's mind on April 2, 2012. Here he stood on the crisp white sands of Sandals Royal Caribbean Hotel waiting impatiently for his bride.

It was December 2005, and Brown a United States soldier from Chicago, Illinois, was deployed to Iraq. Latoya Duncan was at home in Raleigh, North Carolina.

The odds of their paths crossing were probably next to nil, had it not been for the worldwide web, specifically 'BlackPlanet.com'. That was where the two met.

"I really wasn't looking for anything serious," notes Latoya. "I had heard of the site and just wanted to see what it was all about." Needless to say, a soldier caught her attention. They exchanged email addresses and started conversing online. "She became my best friend online," said Brown.

When Brown returned home in 2006, he made the trip to North Carolina to meet his 'online friend' in person for the first time. "When we met, there were fireworks," he recalls.

But living in separate states and Brown's call of duty meant they couldn't make any concrete plans just yet, so they remained friends. Even though Brown and Duncan were apart a lot, their friendship continued to grow until they finally decided to make things official in September 2010.

Three months later, deciding that he didn't want to wait any longer, Brown turned up in North Carolina with a ring and popped the question on Christmas Eve.

The couple had originally planned to get married in Las Vegas. But with a guest list that kept on growing, Duncan decided to consider other options. "That's when I went online (again) and saw that Sandals Resorts had some pretty good deals. I loved the idea of a destination wedding and our honeymoon in one. Besides, it seemed more intimate and perfect for Darrel and me," she noted. "I loved the different suites that were available, and the Crystal Lagoon Suite with Butler Service was right up our alley."

The couple fell in love with the simple elegance of a Sandals Beautiful Beginnings wedding theme.

"Everything was great, our wedding coordinator who was actually the wedding manager, Lea-Nadage, did a fantastic job in getting everything just the way we wanted, as did our butlers, Florence and Aidia." She continued, "This may be our first trip to Sandals and Jamaica, but it won't be our last," vows Latoya, who has Jamaican parentage (her father is from Duncans, Trelawny). A first-time visitor, Brown is adamant about coming back to the island. He is even entertaining thoughts of purchasing a home on the rock in the near future.