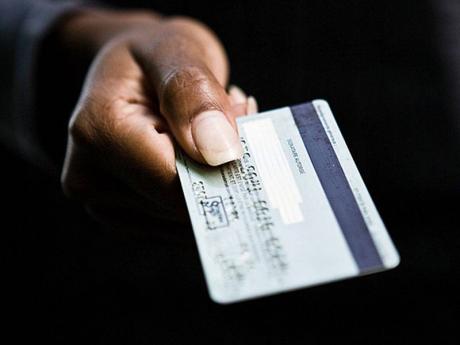 Criminals lurking in legitimate business places are swindling huge chunks of money from unsuspecting Jamaicans and Jamaican companies by way of wire fraud, according to information coming from the police's Cybercrime Unit.

"Credit, debit and ID card theft is an islandwide problem now and we have arrested several bank tellers and supervisors, hotel workers and even gas station attendants who have been involved in these acts," stated Detective Sergeant Karen Harrison, who heads the Cybercrime Investigations and Research Unit.

According to Harrison, the police have noticed increased cases of persons using skimming machines to copy customers' credit and debit card information. The information is then used to create fake cards to carry out illicit transactions.

Seeking to explain how the devices work, the sergeant said, "A lot of the time when we get calls from the Electronic Fraud Task Force, we go to business places and we find that individuals within these business places turn up to work with their skimmer, connect it to your credit-card machine and every customer that swipe their credit card that day their information is stored in that little device," she said.

"Because most persons don't know what this device looks like, they will see someone swiping their credit card and believe it's the usual credit-card machine when it's not," Harrison added.

Easy to create a credit card

According to her, once the information is copied, it is relatively easy to create a credit card.

"They even use the phonecards and turn them into credit cards. Almost any card can be used once it has the magnetic strip on it."

She added that her unit was also seeing an influx in the number of skimming devices coming through the Customs Department by persons who are purchasing them online and having them shipped into the country.

The Cybercrime Unit head, who was addressing a seminar on forensic audit and fraud prevention put on by the Institute of Chartered Accountants on Saturday, said while she was unable to give the exact number of persons arrested for skimming, most of the cases are reported in St Catherine and the Corporate Area.

"I can recall one incident where we arrested a gas station attendant who was wearing the device around her neck ... . We have raided several gas stations and made several arrests and many of them have been tried and convicted in the courts," she said.

"You are to take care and notice what your staff is attaching to your system as these devices are getting smaller and smaller," Harrison warned business operators at the gathering at The Jamaica Pegasus hotel in New Kingston.