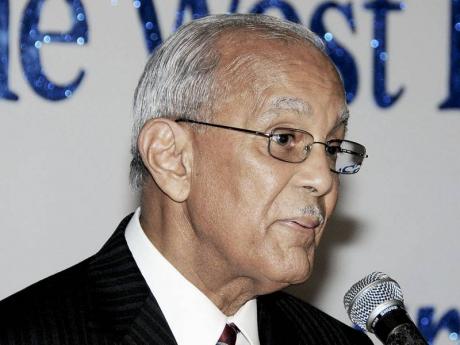 Since 1970, the term 'Road Angel' has been identified with the Insurance Company of the West Indies (ICWI), the first general insurance company to introduce a motor insurance policy geared specifically towards female drivers.

The 'Road Angel Policy' was born out of the idea by company chairman Dennis Lalor, for rewarding safe driving. The special programme sees female drivers being rewarded for their lower accident rate.

"I discovered that women were not superior motor insurance risks. Women didn't lend out their cars, they didn't have half the mileage of men, yet they were paying the same premiums. I decided, based on the statistics, to design the programme and that is what gave ICWI the big start," Lalor said.

Lalor, who was responding to questions posed by The Gleaner following the ICWI's 43rd anniversary and awards ceremony held at The Jamaica Pegasus last Thursday, said the programme provides excellent options that other insurance companies have tried to duplicate it, but it is not the same.

"In Jamaica, bad driving has become part of the daily routine. As drivers, it has become expected that on your morning or afternoon commute, someone will cut you off, veer onto your side of the road, or turn suddenly without any indication. Our policy encourages women to continue to drive safely," Lalor said.

In an effort to continually reward its female 'angels', ICWI decided it was time to modernise, and recognise the ever-changing needs of their policyholders. The new and improved Road Angel policy includes free benefits, not being offered by any other insurance company, such as Uninsured Motorist Coverage, and Angel Aid Membership.

Benefits also include up to 19 per cent discount on premiums, free accident forgiveness, free uninsured motorist coverage, free angel aid membership, and free roadside assistance. Your excess is reduced by five per cent every year for a maximum of five years.

In 1968, Laylor founded the Insurance Company of the West Indies and along with several acquisitions, established the ICWI Groups Ltd in 1984. Operations have since expanded to Trinidad and Tobago, The Bahamas, The Cayman Islands, The British Virgin Islands, Antigua, St Lucia and Guyana.

Meanwhile, more than 26 employees were recognised for their contribution to the company ranging from five to 20 years at the company's 43rd anniversary and awards ceremony, at The Jamaica Pegasus hotel, New Kingston, on Wednesday, May 16.