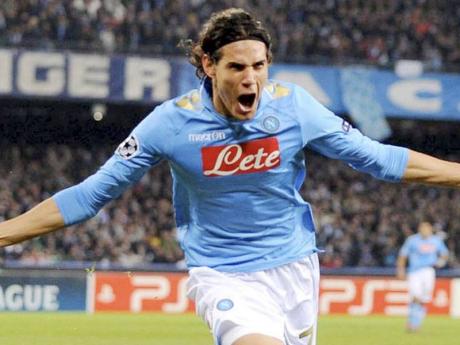 Napoli won their first Italian Cup title since Diego Maradona's team won the 1987 double after they handed league champions Juventus their first defeat in 43 matches with a 2-0 win at the Stadio Olympico in Rome yesterday.

Juventus saw their hopes of a league and cup double shattered by second-half goals from Edinson Cavani and Marek Hamsik.

For Juventus fans, it was a double blow as legendary skipper Alessandro Del Piero played his final match for the club after a long and successful 19-year career with the Turin-based Italian giants.

Uruguayan striker Cavani opened the scoring from the penalty spot in the 62nd minute when goalkeeper Marco Storari, who was handed the start ahead of regular starter Gianluigi Buffon, brought down Ezequiel Lavezzi.

It was Cavani's 33rd goal of the season.

Seven minutes from time, Napoli's win was assured when Goran Pandev launched a lightning counter-attack before playing in Hamsik, who slotted the ball into the corner.

Juventus striker Fabio Quagliarella was sent off in the last minute for elbowing Salvatore Aronica in the face.

"It's almost unthinkable to beat Juventus over 90 minutes when they hadn't lost all season. It was an achievement within an achievement," said Napoli coach Walter Mazzarri.

In a tight first half, Juve believed they should have been awarded a penalty when Claudio Marchisio was clipped by Aronica as he was about to shoot.

Chances remained few and far between until the 63rd minute when Napoli were awarded a penalty after Lavezzi had nipped between Leonardo Bonucci and Andrea Barzagli and Storari brought him down.

Del Piero was substituted shortly after, bringing an end to a career which had featured 705 matches and 289 goals.

Napoli keeper Morgan de Sanctis saved a Leonardo Bonucci volley at the base of the near post while an Andrea Pirlo free kick came off the defensive wall as Juve pushed for an equaliser.

Napoli then seized their chance to bury the game when Juventus were caught cold on the counter and Hamsik coolly shot across Storari and into the far corner.