Race against time for Jamaican drivers 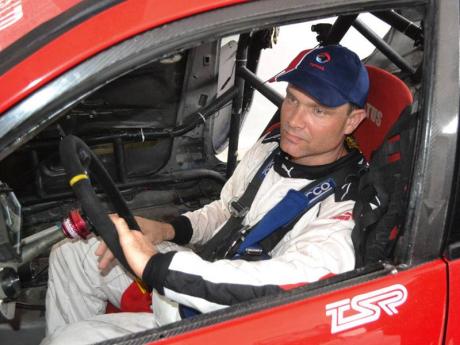 As the Jamaica Race Drivers' Club (JRDC) prepares for a superb race meet, come next weekend, at the Dover Raceway, St Ann, there are confirmation that one of the nation's top-flight drivers will be absent from the grid when the starter wave the green flag.

Central Jamaica-based businessman Chris Campbell and his BMW will not be a part of the Jamaica line-up, at the first leg of the Caribbean Motor Racing Championship (CMRC). At the previous race meet, Campbell partially rolled with his BMW, which was extensively damaged.

Another key member of the Jamaican team, David Summerbell, up to yesterday was working feverishly to get his Mitsubishi Evolution 8 ready, in time for the Caribbean Invasion.

Despite all of this, the former Caribbean champion driver says the engine is fine and ready. Reports are that last Saturday, Doug Gore and his Audi TT was at the track, on a test run.

Yesterday, the Dover racetrack was buzzing with excitement as the local drivers continue their preparation to ambush their Caribbean neighbours. The meet has been dubbed 'The Caribbean Invasion'.

President of the JRDC, Marck Carey, said the overseas-based cars are scheduled to get off the wharves this afternoon. Meanwhile, the regional drivers are expected to arrive on Wednesday and head straight to the track.

While Gore, Summerbell, Peter Rae and Peter 'Bull' Thompson will be the key members of the Jamaican team, they will be challenge by Guyana's Andrew King and Barbados' Stuart Williams, the man who all eyes will be glued to.