Where are Facebook's friends? 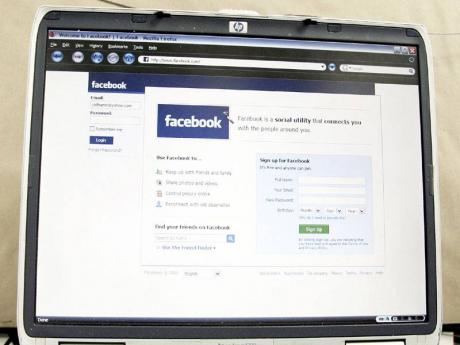 Stock down after IPO

Facebook's stock is tumbling well below its $38 IPO price in the social network's second day of trading as a public company on Monday.

"There must have been some sober second thoughts about this," said Brian Wieser, an analyst at Pivotal Research Group who was first to come out with a "Sell" rating on Facebook's stock on Friday.

It's not that he thinks the world's largest online social network is a bad investment. But at $38 per share, it's just too expensive considering the risks associated with Facebook's brief history and unproven advertising model, he says. His fair price, or "target price," is $30.

Initial public offerings are a delicate game of supply and demand. The investment banks orchestrating the transaction, the deal's underwriters, work with the company to decide how much stock to sell and at what price.

In Facebook's case, says Michael Pachter, an analyst with Wedbush Securities, the "underwriters gave FB poor advice and allowed them to sell too much stock, then didn't properly sell the deal."

Investors and technology industry watchers are closely tracking the Menlo Park, California-based company's shares. Facebook's initial public stock offering was one of the most anticipated ever, and now serves as a bellwether for other social media companies.

To be fair, Facebook's market debut Friday suffered some hiccups. Trading on the Nasdaq was delayed for a half-hour due to issues with traders' orders. The stock closed Friday just a few cents above where it was priced Thursday night. Although many investors had hoped for a big first-day pop, Facebook's stock opened Friday at $42.05 and fluctuated between $45 and $38 throughout the day before closing at $38.23.

Wedbush analyst Michael Pachter, who came out with an "Outperform" rating on Facebook before its IPO, said he thinks the investment banks that arranged the offering overestimated demand for the company's stock.

Last week, the bankers, led by Morgan Stanley, increased the offering price range. On Wednesday, Facebook's early investors and other stockholders increased the number of shares they planned to sell in the IPO. Both moves appeared to signal strong demand for the shares.

"The late addition of 84 million shares to the offering overwhelmed demand, limiting the first day price," Pachter said in a note to investors.

Shares of some related social media companies also declined Monday. Zynga Inc, which makes FarmVille, CityVille and Mafia Wars, and gets the bulk of its revenue from Facebook users, fell about 1 per cent to $7.07. The stock hit as low as $6.36, its lowest level since the San Francisco company's December IPO. LinkedIn Corp, a network for professionals, dropped one per cent to $97.99.