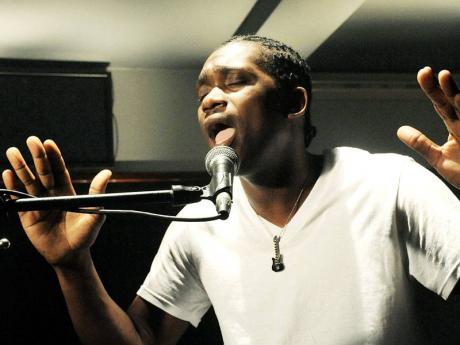 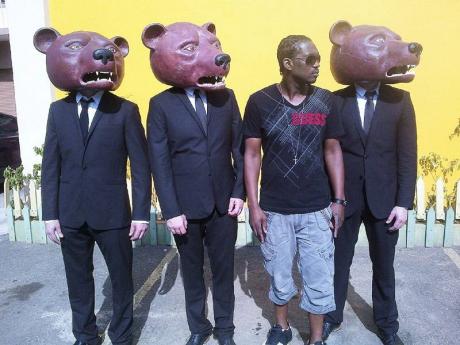 "I remember when I was in Africa for the first time. I was the only artiste on the show there, and there was like 64,000 people in the stadium when the stadium only held like 52,000, but there were people outside, too, who couldn't get to come in. I was there performing for three hours and 22 minutes and it was just overwhelming! These types of things give me the energy and the motivation fi go on. Yuh have a lot of other places like Japan, England, and even in the Caribbean, where the reception is great. I just came back from the St Lucia Jazz Festival and it was great."

Not many Jamaican entertainers can speak like this about their overseas engagements, but Busy Signal seemed quite passionate when he spoke with The Gleaner.

The much-debated topic that reggae music is dead or dying has not scared the entertainer who burst on to the scene with the 2005 dancehall banger Step Out.

More than six years later, here he is, standing tall at the number-five spot on the reggae billboard charts with his recent Reggae Music Again album.

An all-reggae album is a first for Busy Signal. Its composition method goes back to the golden days of reggae when live instruments were used in the recordings.

The entertainer who rose to fame through dancehall is not daunted by the 'reggae woes'.

His decision to travel the reggae route came from the belief that he should pay respect to reggae music, one of the greatest genres of music.

"I just thought it a part of me and a part of my duty to show respect to reggae music. It's the genre of music that gave birth to dancehall, hip hop and reggaeton music. Dancehall is my first love, but I'm just showing respect to reggae music which is one of the greatest genres on earth. It's one of Jamaica's greatest exports. Not athletes, not footballers, nothing in terms of beaches and sand ... reggae music is one of our biggest exports," he shared.

His 'conquering' of dancehall, paired with the guidance that he has been getting from some of reggae's top acts, is also driving factors that encourage his sojourn into reggae.

"After conquering dancehall over the years and setting so many trends in dancehall, I know that I can do reggae music and I am trying wholeheartedly. I get the guidance from people like Beres Hammond, Freddy McGregor, Marcia Griffiths, Mykal Rose, Dean Fraser, Errol Brown and Donovan Germaine. These people really guide me along this route," said Busy Signal.

This does not mean that Busy has abandoned his beloved dancehall, as he has a few international collaborations with groups such as No Doubt and The Teddybears where his signature dancehall delivery can be heard.

According to Busy, he found a "good vibe" with the groups and anticipates further international highlights from the recent projects as he aims at "not being the typical Jamaican artiste, but more than that".

He said that many overseas acts have been capitalising on the reggae genre when more local entertainers should be the ones doing so, as reggae is "our oil".

He believes that the genre is not being appreciated the way it should be in Jamaica and this could change with the attitude and approach that is being taken by entertainers.

"In terms of my travelling over the years, the majority of the local musicians need discipline. They need some form of business-like mentality. We're in the music business so we can't just a do music, music, music. We can't leave out the business part, we have to be business minded, we have to be disciplined and practise punctuality," said Busy Signal.

"We have different problems with overseas engagements also. The tricking of promoters, a lot of local artistes here practise that and its one of the setbacks. They send the deposit and the artiste don't turn up. Disc jockeys and selectors do these things also, so it's widespread. We need a more business-like mentality. We can't jus go around acting like this a little corner stall."

He also cautioned that one should not be tricked by the idea of freedom of speech as that belief causes some amount of harm to the genre when artistes perform overseas.

"Wi don't want anybody get tricked by freedom of speech, there is never that. Yuh cyaah say anything yuh want, anyway yuh feel like," he said.