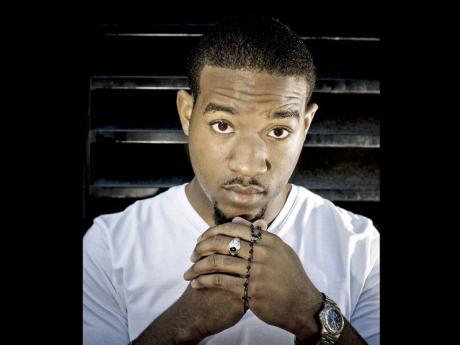 United Kingdom-based producer Lewis 'LP' Planter has always had an interest in producing music, but it was after completing a degree in sound engineering that he decided to become a singer.

As a child, Planter said he wrote poems and graduated to making beats with the Fruity Loops software. However, it was only three years ago that he decided to venture into singing.

"I started taking it seriously three years ago when I started the sound engineering and production degree at Birmingham City University and that's when I started singing properly," said Planter, who was born in London but grew up in Jamaica.

Lewis says, as a producer, he worked on songs for Protoje as well as Feel The Vibes for Kabaka Pyramid. But what spurred his decision to start recording was the fact that he would give his tracks to artistes and they hardly ever replied. When that didn't work, he said he decided to demo the songs. From there he moved on to singing them himself.

Drawing from producers such as The Neptunes, Timbaland, The Underdogs and, most recently, Stephen McGregor, Craig Parks and Don Corleon, Planter says he began to develop his own sound as he explored the area of music production.

LP, as an artiste, admires and is influenced by acts like Shabba Ranks, Super Cat, Garnet Silk and Born Jamericans.

One of his accomplishments as an artiste came in 2010 when he won a talent search that was put on by Don Corleon. Later, Corleon produced Planter's song, Name And Number.

Now, Planter says he is getting ready to release a mix tape in a few weeks with songs like Mi Like Wah Gwaan, Dancehall Vibes, Special, Go Hard and Late Night Lover.

The release of the mix tape will be coupled with some extensive promotion in Jamaica.

With his music, the Munro College past student says he hopes to add something new to the market.

"I am trying to bring a new flavour to the market. I am trying to bring back the longevity with meaningful lyrics, nothing outlandish. I want to do songs that can make you feel happy 'cause it's true. Music is about having fun," he told Gleaner Entertainment, noting that he wants to do music that his parents would be proud of.

While aiming to make his dream of becoming a top producer and artiste a reality, Planter is holding down a day job. Balancing both has not always been a breeze, but he tries to manage his time wisely.

"I work for five days, so on my day off I record and mix. I am shopping around some of my beats to see if I can get a few collaborations going," he said.