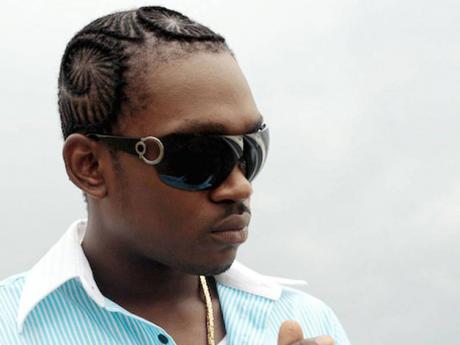 Just days before the second anniversary of the security forces-led Tivoli Gardens incursion, law enforcement agents yesterday arrested another high-profile figure associated with that community, on an extradition warrant to the United States.

Popular dancehall artiste Busy Signal, whose real name is Glendale Gordon, was picked up at the Norman Manley International Airport immediately after he stepped off a flight from the United Kingdom.

"The extradition warrant was executed on him," an officer told The Gleaner last night.

According to reports, he was met on arrival by members of the Fugitive Apprehension Team, United States marshals and representatives of the British High Commission. The artiste was reportedly travelling on a passport he had under the name, Reanno Gordon, in which his British visa was cancelled. He spent last night in one of the Corporate Area's secured police lock-ups.

The Gleaner understands that the entertainer was returning from a tour in Amsterdam. His arrest came months after The Gleaner broke the story that a prominent entertainer was under the radar of the United States and was to be extradited.

According to one of the law-enforcement officers who spoke with The Gleaner yesterday, 'Busy' as he is affectionately called, has been on the run since 2002. Allegations are that he was implicated in a narcotics offence committed in Minnesota.

"He is to be extradited for failing to appear before the court to answer charges in relation to that offence," argued the law-enforcement officer, who was among the team which escorted him from the airport late yesterday evening.

Busy Signal rose to stardom after releasing a string of singles in 2003 and 2004. He climbed Jamaica's singles chart in 2005 with his aptly titled hit Step Out. He got the nickname 'Busy Signal' from his friends in west Kingston, where he formerly lived.